3rd International Canakkale Biennial. This year the Biennale has the aim to portray the intricate realities of political, social and economic world state of affairs in today's global stage. As an artistic event, it will question, analyse and deconstruct the current order of things. It will have a claim, to present visual and performing arts that reflects today's contemporary art aesthetics and dissents. 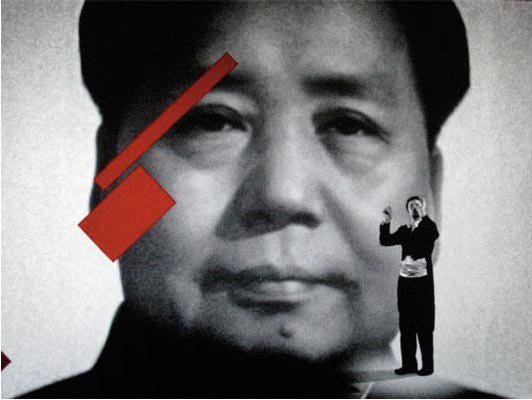 Turkey being closely watched from a global perspective has become a focus of attention, not only because of its own political and cultural state of affairs, but because of "The Arabic Spring" in the region, Iran's bid for nuclear power, its approaches and response to various countries in turmoil such as Iraq and Syria in a post-U.S.A. world politics and no doubt its dynamic relations with The EU.

In relation to all these, recently Turkey also somehow has managed to represent itself as a potential major player in the global art industry, with many worldwide cultural and artistic events and organizations. Turkey has succeeded to attain a unique status in this respect by giving a start to Istanbul Biennial in the mid-eighties, and by realizing Istanbul Cultural Capital of Europe Project in 2010. Now this development, this unique position has been strengthened by various biennial organizations of many emerging Turkish cities like that of Antakya, Canakkale, Mardin and Sinop.
The Third International Canakkale Biennial is contributing to this development with strong commitment and energy.
Canakkale-Gallipoli is a historically loaded city, since it has always been a geopolitical passage way between continents, oceans and civilizations. From the legendary fall of Troy to The Gallipoli Campaign during the 1st World War, Canakkale has always attained a very special place in the hearts and minds of many cultures and civilizations.

The Third International Canakkale Biennial will be held in Canakkale, on the eastern shore of The Dardanelles Straights. This year the Biennale has the aim to portray the intricate realities of political, social and economic world state of affairs in today's global stage. As an artistic event, it will question, analyse and deconstruct the current order of things. It will have a claim, to present visual and performing arts that reflects today’s contemporary art aesthetics and dissents.

The Third International Canakkale Biennial will have a particular claim, an argument. That is; today's artists everywhere, can and must create areas of engagement, activity, interpretation so that this alone could constitute an example, a proof that democracy and freedom can in fact be attained on both global and regional levels. This claim also underlines the attributes of creativity, innovation and memory, all may be interpreted as direct results of the Mediterranean socio-political geography in general into which this historic peninsula opens a passage way. But beyond all that, this claim also asserts that art has a politics of its own and this 'art-politics' does in fact competes fiercely with the other mainstream politics, by proving to its public an alternative way of living together is also indeed possible.

Today's contemporary art-especially an art that is based on questioning and analysis-is in fact a process, which moves forward slowly but surely and effectively. As a result of this process, it is able to portray many intricacies and ambiguities that are a part of our seemingly ordinary daily lives. Contemporary artists of today work like a detective; He/she researches into the complex web of political, social, economic and cultural issues and portrays them in the most effective forms and concepts that are possible. The artists point to the strong currents beneath the seemingly calm waters and try to reveal the truth. The strong currents in The Dardanelles Straights appear to be an analogy for this act. The currents of The Dardanelles presented many difficulties to Xerxes, who was trying to march his army against Alexander the Great. In 1810, this time Lord Byron crossed the straights and told about it in his poem of Don Juan.

Due to the internet, the network of artists from every corner of the world reduces the size of this vast geography and diminishes the time span of events around the globe. They are capable of learning about many issues, decipher secrets and tackle major problems concerning the whole of humanity in this age of swift information. Now, with this new arsenal at hand, great myths of the past are being rewritten and the post-modern individual position is no longer relevant in the state of current events as testified by ripples of rebellion vibrating through Twitter and Facebook. This is indeed a new epistemological situation which requests a new perception and appreciation. This current organization evidently has not invented the soul of rebellion, but makes possible for waves of rebellion to accumulate.

Modern artists have always questioned the conventions or rebelled against them by indulging into areas of class contradictions, ethnic identities, beliefs, identities and the concept of other. Their methods have been analytical and based on processes. This process opens a horizon based on analysis, appreciation and comprehension of these fast changing space-time notions. To realize and fully comprehend space and time and to operate on political, economic and cultural levels has requested a new way of collaboration and partnership between the artists. Thus, the artist initiatives of today are best active examples of this collaboration. These initiatives are a way to share the experience with the society.

To be a platform for viewing and perceiving art that is created within the above mentioned context;
To make visible the geographical boundaries that is being re-drawn in global dimension, the neo-liberal economy which tries to re-incarnate itself, and in particular the political transformations in The Middle East region.
To examine the emerging pressure on the existing political power; and evidently all these issues that influenced the daily life;
To exhibits works emanating from a certain concept that supports an existing environment or proposes a new environment;
To discuss and to deconstruct this organized movement that emerges with the new waves of revolution and revives itself.

Thus the Third International Canakkale Biennial;
Will place this historical city into the calendar of international art world by inviting artists and art experts from all over the world, who will contribute to the conceptual framework of this biennial;
Will provide interesting and functional locations such as The Old Bus Terminal, The Naval Museum, Korfmann Library, The Old Armenian Church, and The State Fine Art;
Will invite the art and culture institutions and universities to join the biennial artists to create an environment of interaction and communication;
Will provide the widest possible discussion of the biennial with various social and educational programmes such as workshops, debates and conferences;
Will prove the fact that a biennial is not an end in itself, but a sustainable event which demands audience participation and which will become a form of cultural interface for The Mediterranean region;
Will place Canakkale into the global art-culture production and communication networks.

*"Art does not produce knowledge and submissions for politics. It produces dissent, fictionalities, and the reciprocal interdependence of different kinds of sequences in the realm of sensibility. These it produces, not for political action, but in the framework of its own politics, in accordance with that peculiar double action, which on one hand encourages itself for self-destruction and on the other locks itself in loneliness. Art produces fictionalities and dissents which reorganize the space-time of can pages, museums, films and theatre which are in fact forms that demand divisions and subdivisions of general locations of sensibility, alone and together and the interrelations between vision and reality. In this way, art produces-creates forms that provide recreations of experiences- It is indeed the area, in which forms of political subject-agent to come into existence.”