22 films from the collection in celebration of the 50th anniversary of Dr. No 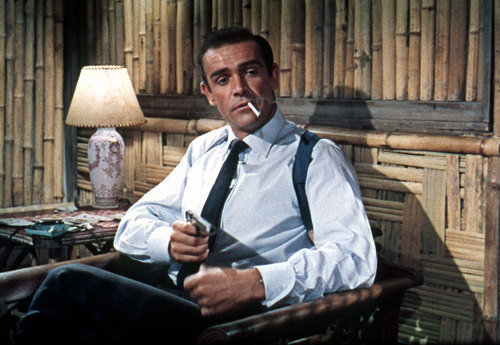 In 1987, on the occasion of the 25th anniversary of the release of Dr. No (1962), producer Albert R. "Cubby" Broccoli donated newly made 35mm prints of all 14 Broccoli-produced James Bond feature films to The Museum of Modern Art. Created by novelist Ian Fleming in 1953, the iconic James Bond, 007, is among the few MI6 agents with the "00" grade-a license to kill. Whether portrayed by Sean Connery, George Lazenby, Roger Moore, Timothy Dalton, Pierce Brosnan, or Daniel Craig, Bond is forever loyal to Queen and country, possessed of a martini-dry sense of humor, considerably stylish, and eternally enigmatic. When his boss, M, is in need of a formidable agent to quell a globe-spanning espionage crisis, 007 is sent into the field with his trusty Walther PPK, an array of handy spy gadgets, and an unwavering commitment to his mission. In celebration of the 50th anniversary of Dr. No and the extraordinary open-ended donation from Albert R. Broccoli, Barbara Broccoli, and Michael G. Wilson, MoMA presents all 22 films in its James Bond collection. Organized by Anne Morra, Associate Curator, Department of Film. (Image: Dr. No. 1962. Great Britain. Directed by Terence Young. Image courtesy Photofest)