Over the last 15 years, Chinese contemporary artists have gained phenomenal popularity and recognition in the international art world. The exhibition presents installations, sculptures and paintings by ten of China's leading artists. 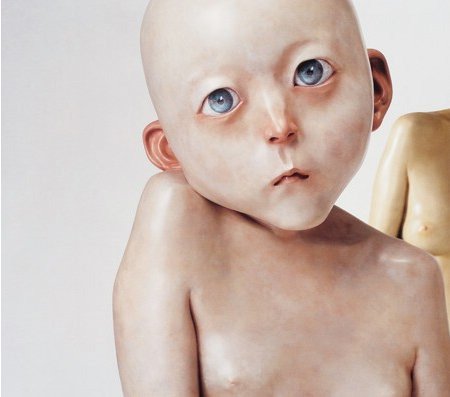 As its title indicates, the exhibition will present real stories from today's China. The ten artists, of great international acclaim, will show works that provide striking images of Chinese contemporary life and society. As the world's largest production plant, China is in the midst of a rapid economic development which affects social conditions as well as artists' works.

Real Life Stories examines connections that exist between the old and the new China. Works that refer to the country's political and historical past are included, as well as works that deal with identity, memory and strong social cohesion. In addition, several works that will be shown in the exhibition shed light on social conditions that pertain to dissidents' statements and freedom of speech issues.

All ten artists who participate in the exhibition are internationally renowned and have participated in exhibitions at institutions like Tate Modern, MoMA, National Gallery, ARCO and ARoS, as well as at many different biennials, like Venice, São Paulo, Moscow, Johannesburg and Sydney.


Like an exhibition within an exhibition, the occasion marks the world premiere of a new work by Ai Weiwei. In 2011, ArtReview magazine deemed this artist to be the most powerful figure in the art world, and one of the trendsetters for the international contemporary art scene. Ai Weiwei’s art often deals with themes pertaining to Chinese culture, tradition and craftsmanship, and China’s relationship to the West.

The installation by Ai Weiwei (1957) will be shown in the museum's spectacular Tower Room at Lysverket. This building will also be the venue for five films by the artist, among them the award-winning documentary Ai Weiwei: Never Sorry. It is the first time in many years that Ai Weiwei will participate in a group exhibition.