Frascati and de Appel arts centre are inviting artists, theatre companies, politicians, designers and media pundits to respond to some questions while the government is being formed. The project consists of performances, debates, documentaries, pamphlets, presentations, lectures, master classes and an exhibition. 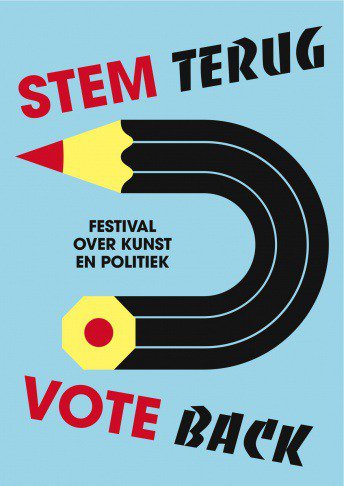 Just a few weeks after the elections on 12 September we will voice our questions about what has happened to our vote since that day. What remains of the campaign promises and positions adopted by political parties after the many negotiations to form a government? Are we, as citizens, really represented in this process? Or is it time to reclaim our vote? In the current media landscape can politics do any more than move between pragmatism, marketing politics and populism – you ask, we respond – or is it time for a radical turn? And last but not least: what is the role of the arts in this? Like politics, the cultural field is also blamed for losing social support. How can the arts be an engine for ideology and change?

Frascati and de Appel arts centre are inviting artists, theatre companies, politicians, designers and media pundits to respond to these questions while the government is being formed. Stem terug! Vote Back! consists of performances, debates, documentaries, pamphlets, presentations, lectures, master classes and an exhibition.

During the opening weekend, two special evenings will be organized in Frascati during which an artist, politicians and media figures will present their views on
the state of democracy. In addition, two special performances can be seen in the streets of Amsterdam, by the theatre directors Lotte van den Berg and Dries Verhoeven.

This exhibition indirectly reflects on the contemporary political situation and explores the relationship between the arts and politics in an associative way. In
recent years, this has been a focus of interest, as at the 7th Berlin Biennale, which looked at the interaction between the arts and activism, and in the present
exhibition in our fellow institute BAK in Utrecht, ‘How Much Fascism?’