Here the public can view the new work made by the four nominated artists: Foundland, Hedwig Houben, Christian Nyampeta and Magali Reus, during a preceding five month work period. 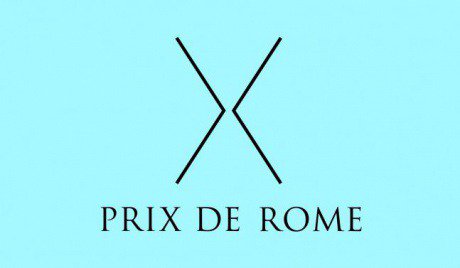 On November 20th, at 6.00 pm a public preview of the Prix de Rome 2015 exhibition is scheduled in de Appel arts centre in Amsterdam. Here the public can view the new work made by the four nominated artists: Foundland, Hedwig Houben, Christian Nyampeta and Magali Reus, during a preceding five month work period. The work will be assessed by an international jury. The winner receives a cash award of 40,000 Euro and a work period at the American Academy in Rome.

The winner will be announced by Minister of Culture Jet Bussemaker on December 17th at 3.00 pm. This event can be followed by live streaming at www.prixderome.nl. After the announcement everyone is invited to a festive celebration of the Prix de Rome 2015.

During the preview on November 20th the exhibition catalogue, published by nai010 publishers, with the work of the four nominees will be launched. Authors are amongst others Lucette ter Borg, Laure van den Hout and Richtje Reinsma. Avrotros Kunstuur will compile portrait extracts of the nominees, to be broadcast on December 20th.

The four shortlisted nominees, together with 70 artists on the long list, were proposed by a diverse group of scouts, and subsequently selected from that pool by an international jury. Each of the four displays very different but subtly intersecting interests, and produces work that is both inquiring and perfomative. The jury consists of Pernille Albrethsen (freelance critic, author and curator), Beatrix Ruf (director Stedelijk Museum), Jan van de Pavert (visual artist), Francesco Stocchi (curator modern and contemporary art Museum Boijmans Van Beuningen) and Roy Villevoye (visual artist). The chair is held by Birgit Donker (director Mondriaan Fund).

The Prix de Rome is the oldest and most important Dutch award for visual artists under 40. Its history reaches back to 1808, when Louis Napoleon introduced the Prix de Rome into The Netherlands for the advancement of the arts. Although in the years that followed the award was regularly subject to changes to keep abreast of the times, its aim is still to identify exceptional, talented visual artists living in The Netherlands, to stimulate their further development, and to increase their visibility. Since January 2013, the Mondriaan Fund has been responsible for the award.

Organized by the Mondriaan Fund, in cooperation with de Appel arts centre.