This exhibition includes performance, installation, video works, drawing and sculptures. With "...Do Not Take It, Do Not Eat It, This Is Not My Body..." , the Cameroon artist is showing us some sort of anti-Last Supper. 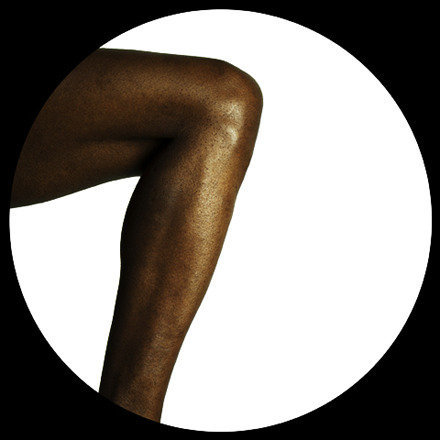 For the occation of the Shanghai Biennale, stage候台BACK is pleased to announce the first solo exhibition of Bili Bidjocka in mainland China. This exhibition includes performance, installation, video works, drawing and sculptures.

For over two thousand years, many artists have been inspired by The Last Supper, Christ's last meal during which the son of God delivered his testament. There are thirteen people at the table, as if in a perfectly staged play. With " …Do Not Take It, Do Not Eat It, This Is Not My Body… " , the Cameroon artist is showing us some sort of anti-Last Supper. A secular proposal in which God, in his Judeo-Christian conception, is absent. The event, it is best to that expression than the word "show", which doesn't correspond to the theme at all, takes place in two stages. We could describe it as a diptych. On the one hand, it is a purely formal element: a bead curtain which, borrowing from the Leonard de Vinci painting, represents a sketch, an abstract projection, presenting us with an empty table. Christ and his apostles appear to have deserted their places and we are left to wonder if it is not primarily a temporal experience that we are facing. The table is empty as if it is enough in itself. As if it doesn't matter if the meal took place before or after. It is up to us to fill the haunted void. This void, which we know represents the very essence of all spirituality: the omnipresence of absence. Absence as an impossible idealisation, absence as a grip that is lost forever and which will remain nothing but a memory. A naturally truncated memory since only our despairing determination convinces us that there is something to see. Absence as the symbol of a new epiphany.

This tableau's counterpart is a lively and carnal scene (the word is used deliberately). A moment of physical presence, which the spectator is invited to look at. In this lively tableau, it is the meal, and not its abstraction, which marks the curtain's counterpoint. The curtain, in its primary function, is reduced to a decorative element. A decorative element overdetermining that the performance will try to contradict by playing, not on the reference but on its contestation. The human becomes the centre of any possible realisation, and the display as a whole represents this part of the painting, which is so dear to the artist. Again, the meal itself is not the goal. Everything lies in the process. The long road leading to the final supper. There may be no supper. As in the curtain, we could have been invited to imagine the time before and the time afterwards. However, since the performance is the aesthetic and conceptual contradiction of the curtain, the spectator has the privilege of seeing that which cannot normally be seen, and will later say, as Rimbaud did, that they have seen, some times, that which man believes he has seen. This carnal moment, this moment of life, in the very sense of the term, undoubtedly holds the key to the riddle presented by the title of this moment. It depicts the age-old battle between God and humans.

This ontological experience, which combines the secular and the sacred whilst humanising concepts that have been lost, by dint of its meaning being mechanically repeated, reminds us that sharing, in its simplicity and spontaneity, is what makes humanity. A reminder which is greatly appreciated in these troubled times.

Bili Bidjocka has attended numerous collectives and he has shown in the Biennale of Johannesburg (1997), Havana (1997), Biennale Dakar (2000), Taipei (2004) and Venice Biennale (inside Check List - Luanda Pop, 2007 curated by Fernando Alvim and Simon Njami); he has exhibited his works in the New Museum of Contemporary Art of New York and in the exposition Africa Remix (Düsseldorf, London, Paris, Tokyo, Johannesburg, 2005–2007). He founded and directed the contemporary Art Center Matrix Art Project in Brussels.

He lives and works in Paris, France

stageBACK, an artist run space, was founded in 2008 by German artist Susanne Junker. It was formerly based in the 696 Weihai Road studio complex. After the eviction of 696 Weihai Road by Chinese authorities in May 2011, stage BACK has moved into a new collaboration with Eastlink Gallery. Since June 2011, both galleries are operating out of the Eastlink space in M50 (50 Morganshan Road) in Shanghai.