Raw and uncompromising drawings and studies for paintings by self-taught artist Trojan. Two linked, site-specific exhibitions of video work and installation: Osculator at the ICA, and Vendor at Bloomberg SPACE, by current Bloomberg artist in residence Hannah Sawtell. 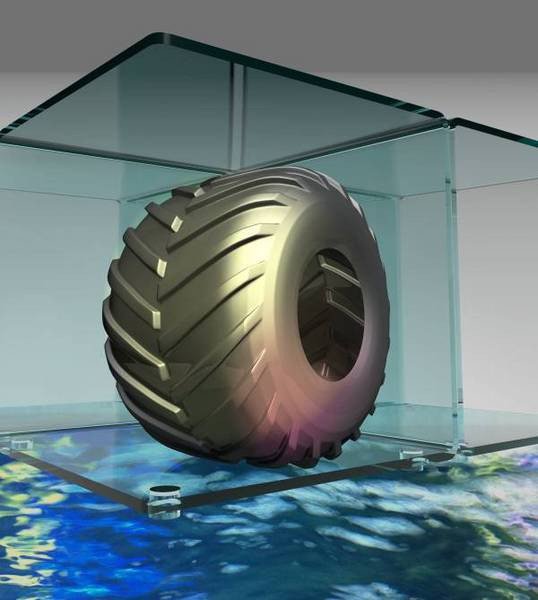 Hannah Sawtell has been specially commissioned to create two linked, site-specific exhibitions, Osculator at the ICA, and Vendor at Bloomberg SPACE. These exhibitions of video work and installation mark Sawtell’s first solo projects in the UK. Both exhibitions employ material developed from Sawtell's experience of the Bloomberg office space during her current residency.

Over the next few months the artist will compile material from the digital realm, sourcing images from the internet and live screen-shots of news footage on Bloomberg's office monitors. Her visual inventory of ‘contemporary material’ or ‘surfaces’, explore the boundaries of image production and consider the culture of over-proliferation. Sawtell’s parallel semi-archival projects will investigate the politics of seduction as well as the idea of the ‘market’ through spatial and visual devices. By categorising and recording certain images, the artist reveals new relationships between objects and creates playful but critical dialectical encounters.

Operating as ‘real-time’ collages, Sawtell’s video and image-based works reconstruct contemporary media as fragmentary documents that collide visual tones with digital noise. By utilising generic editing programmes to cut digital information and formats, Sawtell initiates a process that designates the computer and its screen as a lens.

Hannah Sawtell was born in London in 1971. Sawtell has been included in group shows at Vilma Gold, London, International Project Space, Birmingham, Dependance, Brussels, and Limoncello, London. She most recently participated in a project for the Clocktower Residencies, New York. Her forthcoming solo shows include Vilma Gold, London and Focal Point Gallery, Southend-on-Sea. She lives and works in London.

In his drawings, Trojan chronicles encounters with a number of bizarre characters, such a woman knitting with gin for brains, a one-legged cake eater, and tabloid villains. Many of the drawings are studies for paintings, often used to map out areas of colour. Inserted into kitsch plastic frames, the finished paintings were at once comical and absurd, featuring ready-made appendages such as plastic fried eggs and fake turds acquired from his favourite magic shop. The exhibition also includes previously unseen photo albums loaned by John Maybury and Sue Tilley.

We would like to express our gratitude to John Maybury for making this exhibition possible.