Throughout his recent practice Kiaer has created paintings made without painting. His does so neither through painting as construction nor High-Conceptual 'creation from nothing', but by stretching existing used fabrics as his canvasses, then selecting, subtly altering and arranging other materials and found objects so that their allusions resonate together, provoking contemplation and reevaluation. 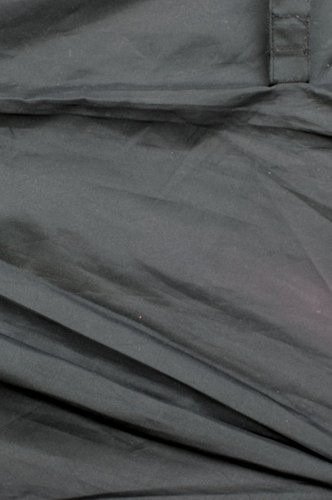 If Kiaer's work consisted of formal arrangements of elements, its beauty would be too easily won, as if the studio or gallery were to become the surface for a poignant collage. Rather, the way it is disposed summons questions concerning why the pieces or fragments matter - how the insignificant, the marginal, the used-up, the abject and the tiny are no less important than the monumental, and perhaps infinitely more so.
Michael Newman, Ian Kiaer, Aspen Art Museum catalogue, 2012

In his fourth solo presentation at Alison Jacques Gallery, Ian Kiaer revisits a premise he has explored through a number of years and museum shows: Alexandre Dumas's, The Black Tulip. Like the 19th Century novelist, Kiaer is attracted by the idea of continually returning to what some believe is a redundant endeavour. For Dumas's Dutch protagonist that was to attempt to breed an unnaturally-hued, perfectly black flower. For Kiaer, it is to make paintings after painting.

Throughout his recent practice - most notably in solo shows at Aspen Art Museum and Kunstverein Munich - Kiaer has created paintings made without painting. His does so neither through painting as construction nor High-Conceptual 'creation from nothing', but by stretching existing used fabrics as his canvasses, then selecting, subtly altering and arranging other materials and found objects so that their allusions resonate together, provoking contemplation and reevaluation.

The visitor to this exhibition first encounters a large black square, evincing Kiaer's interest in the pursuit of a colour that speaks beyond chromatic value to a particular tone or mood. It is one of two substantial linen back-to-back 'canvasses' that partially subdivide the main space, creating a studio within a gallery. Beyond these, smaller canvasses, film projections, hand-made miniature architectural models and apparently prosaic objects have been arranged with meticulous attention to their relationships with each other and the floors and walls. While made up of individual works, the entire exhibition has become one still-life - a fragmented, intricate embodiment of Kiaer's fascination with this genre, and why it became considered the lowest form of painting. If another of his attractions to the genre is that it's traditionally unburdened by didactic narrative, Kiaer knows that the strength of the greatest still-lifes lies in mastering the skills of proximity, syntax and association.

Becoming adroit at making nuanced alterations and refinements stems from Kiaer's attitude to studio practice. He doesn't see the studio as a privileged place for high-artistic creation, nor believe in abandoning it altogether. Kiaer treats it as somewhere for gradual disclosure, where he and the objects are set aside from their daily functions for quiet poeisis - in his own words "allowing things to happen through reflection" instead of forcing them to. Rather than deny the anxieties of the studio, Kiaer finds periods of studio inactivity - doing nothing, lying, sitting, thinking - an important alternative to the demand for production. For this exhibition he made a painting from the stretched fabric on his studio table top, later filming a fly walking across that surface and projecting that alongside it. As someone who is preoccupied by past and current failures, Kiaer has always found value in discarded objects and ideas, exploring what remains possible within them, and now embracing even an artist's sense of impotence as worthwhile territory.