In Mark Alexander's imagination, the bog exerts an ambiguous energy on the achievement of old master works. 'Pages from Ki-da Rilke is an expansion of a book project that Sung Hwan Kim produced as part of his 2011 exhibition at Kunsthalle Basel. 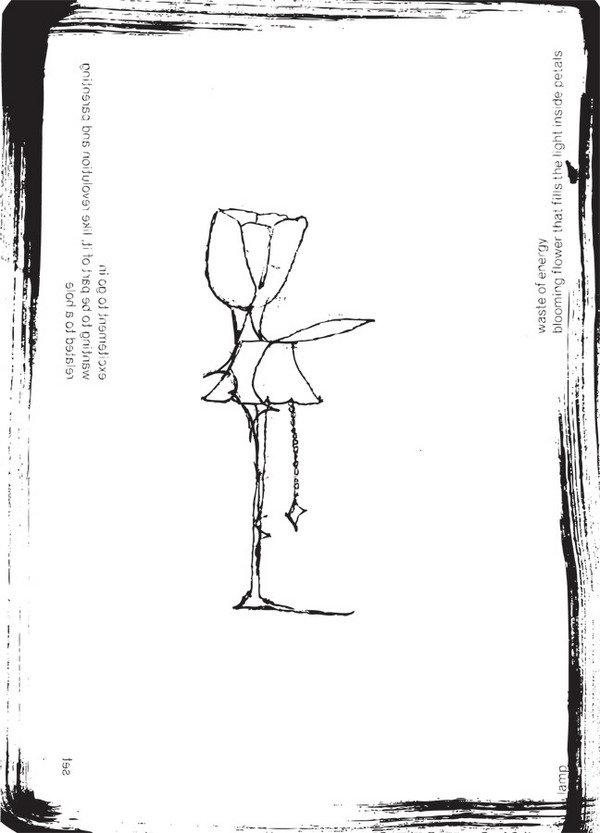 Wilkinson Gallery is pleased to present its first solo exhibition with Mark Alexander.

There is a nothingness from which we emerge and into which we will eventually dissolve, only to re-emerge and dissolve again and again. So it is with art. This exhibition of new work by Mark Alexander, “Ground and Unground”, explores the eternal nothingness into and from which we and art endlessly descend and arise. (Kelly Grovier, 2012)

All Watched Over by Machines of Infinite Loving Grace, 2011 is Alexander’s meticulously conceived painting after Hieronymus Bosch’s most celebrated work; The Garden of Earthly Delights, 1490 - 1510. Bosch’s painting is most frequently understood as a didactical warning against the perils of life’s temptations, but art historical interpretations continue to vary and part of the work’s fascination is this indeterminable narrative. Alexander’s attraction to the painting was a belief in the work’s sinister nuances – the central panel’s presentation of indulgence and revelry presents an intriguing world of suspended fantasy, yet the impending doom is forebodingly obvious. Alexander’s major alteration to the Bosch original was to adorn the painting with a shriveled painterly surface, which has afforded areas of the painting a somewhat decaying texture. Alexander has long been fascinated by surface and the alteration to surfaces, something particularly visible in the Via Negativa series (2008-09), which saw Alexander first adopt these techniques used to manipulate and contort the painted surface. It is from this fascination with surface that Alexander was led to the perpetually mysterious subject of the bog body. Preserved by the specific geophysical properties of areas in Northern Europe, bog bodies, unlike most ancient human remains, have uniquely preserved skin and internal organs and possess an ethereal and indeed timeless quality. What has fascinated both artists and scholars for centuries is the bizarre juxtaposition these preserved bodies conjure, between death and permanence, delicate beauty and the hauntingly grotesque. Taking as their metaphor the archaeology of the Iron Age bog, from which scientists are forever rescuing the remains of sacrificed bodies that the secret ministry of the earth has transformed into artifact, these paintings extend Alexander’s vision of reinventing icons of the past.

In Alexander’s imagination, the bog exerts an ambiguous energy on the achievement of old master works, insinuating an incessant incubation and rebirth of great art, as though the works of all ages inhabit the same fertile ground of endless composition and decomposition. It is from here that Alexander has developed the narrative for this exhibition; a combination of Bosch’s world of suspended fantasy with the ethereal preservation of life that the bog bodies encapsulate, the result is an eclectic collection of figures buried (as it were) in the artist’s own version of The Garden of Earthly Delights. Adam and Eve’s representation as children, from Paul Egell’s Mannheim Alter Piece, 1739-41, Van Gogh’s Reaper with Sickle (after Millet), 1889, Jean-François Millet’s original The Sower, 1850, Caravaggio’s Narcissus, circa 1597-99, and Durer’s Praying Hands, circa 1508. The curious duality that these paintings possess – between corporeality and stillness, the living and the dead, the beautiful and the hideous – is a subtle yet striking motif. The exhibition’s title alludes to the mystical writings of the sixteenth- century German thinker Jakob Boehme. “For I saw and knew the Being of all beings,” Boehme wrote, “the ground and the unground”.

Alexander studied at Ruskin School of Drawing and Fine Art, Oxford University. Selected solo exhibitions include Haunch of Venison, Berlin & London (2009 and 2005), Anthony Reynolds Gallery, London (2001 and 1999-2000). His work has been included in international group shows including ‘Painting on the Move’, curated by Peter Pakesch at the Kunsthalle Basel (2002); ‘Flowers, Death And Butterflies’, curated by Céline and Heiner Bastian at Ausstellungsraum, Berlin (2010) and ‘The Library of Babel - In and out of Place’, curated by Anna-Catharina Gebbers at 176 Zabludowicz Collection, London (2010). Recent group exhibitions include ‘Ars Apocalispsis – Kunst and Kollaps’, curated by Henning and Malte Boeker at Kunstverein Kreis, Veerhoffhaus, Gutersloh, Germany (2011), and ‘power FLOWER’, curated by Tilman and Gabriele Osterwold at Galerie ABTART, Stuttgart, Germany (2012).

‘Pages from Ki-da Rilke’ is an expansion of a book project that Sung Hwan Kim produced as part of his 2011 exhibition at Kunsthalle Basel. The title of the book – ‘Ki-da Rilke’ – is a transliteration of the phrase ‘I will wait’ into Korean, from which Kim drew a pertinent association with the Prague-born, German-speaking poet Rainer Maria Rilke. In the book, Kim transcribed a selection of German poems by Rilke, and then responded to them through a process of drawing. The drawings currently on display in ‘Pages from Ki-da Rilke’, ‘Ki-da Rilke’ the book, and Kim’s video ‘Washing Brain and Corn’ (currently on view in The Tanks at Tate Modern), all function as an interrelated body of work. The book in particular offers a different sense of duration to the exhibition, combining the personal space of a book with the open public space of the installation. The works in this exhibition mimic the formal layout of the book; the simple wooden framework built in response to the architecture of the gallery reflects the structure of the book, the soft pink inserts in the book are replicated in rigid Perspex, and more generally, Kim lends a form to Rilke’s words. Working with commercial materials such as parchment paper, acetate sheets and Perspex, images of human profiles are repeatedly drawn as a method of training akin to a person learning how to write letters of the alphabet.

In the work ‘Architectural Plan For From the Commanding Heights...’ we see Kim’s installation sketch for The Tanks at Tate Modern with a more recent image drawn over, and under. Kim describes the texts – which accompany both the book and the prints on Perspex – as ‘didactics’ which are, to use architectural analogies, both a ‘way in’ to his drawings, and an extension of his thought process behind them.

Sung Hwan Kim (b. 1975, Seoul, Korea) lives and works in New York. He worked in the Netherlands for four years, where he served as a fellow at the Rijksakademie van Beeldende Kunsten (2004-5). Kim’s practice has grown to include video, performance, drawing and installation – the artist’s videos are invariably rooted in his performances, which use simple materials and story-telling techniques to conjure fantastic worlds and fairytale-like stories. In 2012, Sung Hwan Kim was awarded the first major commission for The Tanks at Tate Modern, and his work is currently on view at Tate until 28 October 2012. He has an upcoming solo exhibition at Artsonje Centre, Seoul, Korea (2014). Other solo exhibitions include Kunsthalle Basel, Switzerland (2011), Queens Museum of Art, New York (2011), Haus der Kunst, Munich (2010), Witte de With - Centre for Contemporary Art, Rotterdam, The Netherlands (2008). Performances include ‘One From in the Room’ at the New Museum, New York (2010).