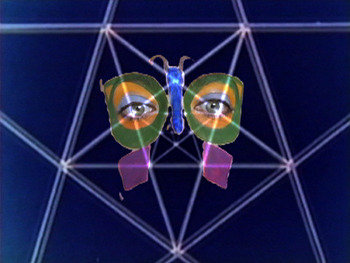 Today in the West, the awareness of the existential necessity of sustainable action in face of the many different environmental problems and the socio-economic crisis is tightly interwoven with the hedonistic longing for a »good life«. By means of »intelligent« consumption, our bodies and minds are to be kept energetic and at the same time the environment is to be cared for – a claim in which ethics and consumption, aesthetics and sustainability do not exclude each other. Individual attempts at politicized everyday practices and a lifestyle geared to a complex concept of »sustainability« are oriented consciously or unconsciously towards the most various offers, insights and convictions disseminated in the media. A popular desire in this discourse aims at the return to »simplicity« and »closeness to nature«, with which the denaturalization and over-complexity of the lifeworld is to be countered. This appetite is accompanied by ideas of using recycled products, of deceleration and a general reduction to what seems »essential«, sometimes joined by the longing for a re-enchantment of the world. The exhibition »The Simple Life« presents works that from various perspectives address the yearning for modes of lifestyles considering sustainability and naturalness. At the same time, they take up its aporias and reflect the role of »art« in this discourse.

With the new wall painting »Let’s Go Paleo« (2012) developed specifically for the exhibition venue, artist Angela Bulloch continues the work group »Rules Series« which she began with in 1992, consisting of a continuously growing collection of rules, regulations and norms rendered in language. This work addresses the gastronomic model of nourishment labelled as archaic – the »paleolithic cuisine«, praised as especially enjoyable and healthy, becomes an extreme example of a longing for naturalness. Its comprehensive creed can be found formally interwoven with the five primary colour of an aesthetics of nutrition striving for harmony and balance as taught by modern Japanese macrobiotics.

Simon Starling will show his work »Carbon (Pedersen)« (2003) updated for this exhibition, an installation that centres on two bicycles originally developed in 1897 by the Danish designer Mikael Pedersen that feature distinctive, triangulated frames made of fine steel tube. While the bike, as a classic of the leisure-time industry and a symbol of a natural and healthy means of locomotion, today encounters a »conspicuous consumption à la mode« adapted to the desire for environmental friendliness and advances to a paraded lifestyle vehicle, Starling’s installation transforms two of the Pedersen bicycles into a »survival kit«. Inspired by both a particularly resourceful piece of Cuban makeshift-technology, a chainsaw driven bicycle, and the design of the French VéloSoleX moped, the hybrid machines at the centre of the work will be used to log timber from the area surrounding the exhibition space. The installation refers to Starling’s ongoing interest in visualizing permanent »re-cyclability« of materials, forms and ideas across space and time.

In the video piece »Whispering Pines 4« (2007) by Shana Moulton, the artist plays the character of Cynthia, who seeks happiness and healing. Being addicted to contemporary forms of New Age practices and products she searches for merging into nature. The locations of her endeavours change between untouched rocky landscapes, cosily furnished interiors full of knick-knacks and the arbour of a wise woman who is visited to gain advice. These places are always transcended by a space of trance, which is in turn connected to this world by recurring symbols. Diffuse religious references of the most various provenances intermingle with allusions to artistic modernism: attempts for redemption through becoming one with cosmic nature meet hypersensitive vanities.

In the work of Josephine Meckseper, such narcissisms find themselves entangled with the spheres of politics, consumerism, art, and utopia. Doubling them through its mirroring surface, „Shelf No. 37 (2007)» (2007) offers carefully arranged, glossy objects: Cleaning instruments give rise to notions of soiling and at once aggressive purification of bodies and environments; nylon stockings, a surrogate for natural silk, transform a luxury into a mass-produced article, while the figure of a peacock with a fanning, yet scanty tail equally makes reference to a precious natural material and to conceitedness and vanity. Abstractions and symbols composed of numbers and words create the desire to understand connections, which, however, is incessantly ruptured on the smooth surfaces. A canvas structured with powdery colors inserts itself seamlessly into this display and provides a line of flight for projections, horror and utopia.

Furthermore, we are delighted to present in the exhibition the realized drafts of the winners of Lüneburg’s Daniel Frese Prize 2012, which was this year dedicated to the theme of »Art and Sustainability/ Non-Sustainability«: Niko Wolf, winner in the category of »Young Emerging Art«, deals with molehills on the property of the total work of art »Kunststätte Bossard» in his installation »Museum of Mounds or: The Economy of Oblivion« (2012). Over several months, the artist documented all molehills that appeared in the area and, for the exhibition, translated the collected materials into a system of archiving, selecting and presenting developed according to the logics of the museum. For example, Wolf appointed a »curatorial advisory council« of five persons whose professions have to do with his artistic working modes and conditions – e.g., a biologist, an artist colleague and a bank employee. This council was in charge to select photographs of these molehills according to Wolf’s comprehensive »molehill register«. The chosen motifs will be reproduced on postcards which will be available for the visitors. But through strategies of this sort, the artist not only mimics and reflects on the inclusion and exclusion mechanisms of museums. In the maze of abundant artistic possibilities, Wolf takes a step back with this »Earth Art« and uses the universal primeval matter as the starting point for considerations on sustainable art production.

Fabian Reimann presents the spatial essay »The Memory of the Stars« (2012), which combines different real and fictive media events related to planetary and extraterrestrial conquests. The sustainability of the carriers of human knowledge, their durability and potential of mediation, are put up for debate. Can a golden plate full of signs – the Pioneer plaque – that appears exotic but stems from Western traditions of binary thought sent to outer space communicate universally? How sustainable can interest-led knowledge production be? Reimann’s work always touches on the question of technological progress, not least critically associated with anthropogenic changes of the earth’s atmosphere and their political dimensions. He takes into consideration that this progress, regardless of these effects whose far-reaching consequences cannot yet be foreseen, always functions as a source of hope as well.