almost 900 works, including the majority of the 127 paintings and sculptures recently donated to the museum by the German art dealer. Comprising the work of forty artists, this presentation is a tribute to Michael Werner and his achievement during fifty years as a gallerist and collector. 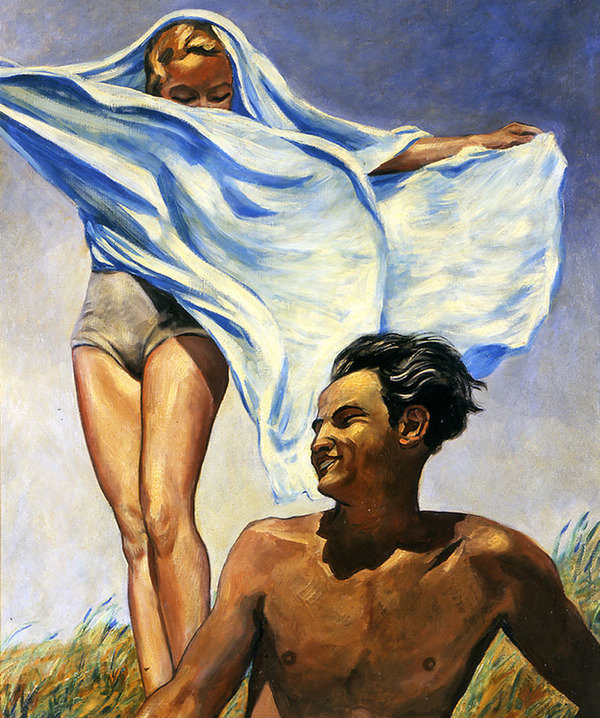 The Michael Werner Collection exhibition at the Musée d’Art Moderne de la Ville de Paris brings together almost 900 works, including the majority of the 127 paintings and sculptures recently donated to the museum by the German art dealer. Comprising the work of forty artists, this presentation is a tribute to Michael Werner and his achievement during fifty years as a gallerist and collector.

This is a collection that stands out for its commitment to trends defying accepted art canons and, especially, to the work of the “painter-sculptor” ranging freely and impartially through the fields of painting, sculpture and drawing. Rather than focusing on avant-garde movements, the exhibition takes an idiosyncratic look at the art of the 20th century and offers a novel reading of the modern and the contemporary. The works have been chosen in line not with the traditional categories, but with the deep affinities between artists endlessly in search of new forms and figures, however different their individual approaches and practices might be. The focus is on the works’ originality, on what made them pioneers. All exhibitions effect groupings and comparisons, but in this respect The Michael Werner Collection is atypical: breaking with the standard historical discourse, it combines works that have remained obscure with others that have become iconic.

The exhibition’s core reference point is Paris, adoptive heartland for so many foreign artists associated with the School of Paris — Wilhelm Lehmbruck and Otto Freundlich, for instance — but also the trigger for Michael Werner’s interest in the art of his time. It was with Parisian artists, and in particular Jean Fautrier and Francis Gruber, discovered at the Musée d’Art Moderne de la Ville de Paris in the 1960s, that Werner began a collection he went on to round out with the greatest contemporary German artists: over the years he shaped a “Northern School” that was an authentic alternative to the Paris scene.

Michael Werner opened the Werner & Katz Gallery in Berlin in 1963 with the first-ever exhibition of paintings by Georg Baselitz. In 1967 he set up in Cologne and in 1990 in New York, revealing along the way the talents of such other postwar figures as Marcel Broodthaers, James Lee Byars, Jörg Immendorff, Markus Lüpertz, Per Kirkeby, A. R. Penck and Sigmar Polke, and supporting them throughout their careers. His personal vision and the sustained fervour he brought to defending his artists for almost fifty years have earned him special status among his contemporaries. He is, too, remarkably receptive in terms of art history, with interests extending to Jean Arp, Jean Fautrier, Ernst Ludwig Kirchner, Yves Klein, Piero Manzoni, Francis Picabia and Kurt Schwitters. During the 1980s his collection began to include more conceptual works by, among others, Marcel Broodthaers, James Lee Byars, Joseph Beuys, Robert Filliou, Tomas Schmit and Niele Toroni.