Staging Leigh Bowery. Leigh Bowery regarded his body as an ineradicable desideratum, which he turned into an unfinishable project through the combination of opposites, the use of dysfunctional objects and out-of-the-way materials, and an unprecedented kind of production. The exhibition focuses on selected costume creations by Leigh Bowery. Mainly filmic and photographic works revive the image of the prematurely deceased performing eccentric. Also on show Ron Athey, Charles Atlas, Comme des Garcons, Martin Margiela House, Lucian Freud and many more. 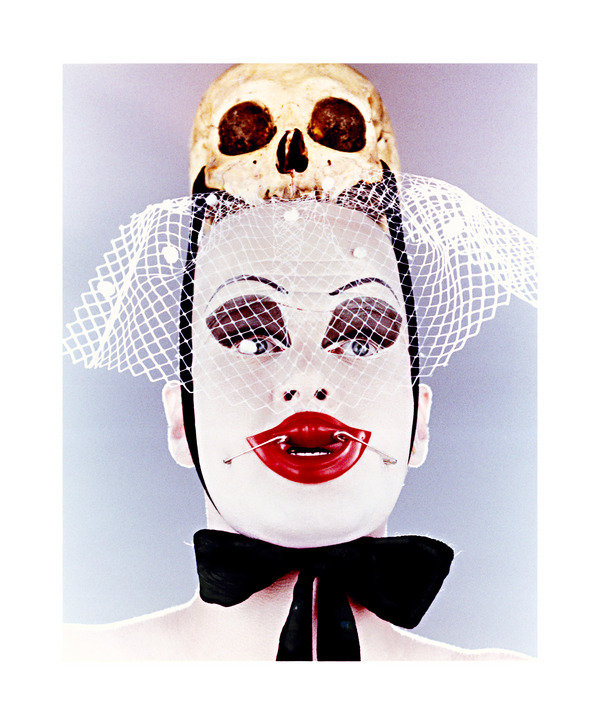 “I think of myself as a canvas,” fashion pioneer Leigh Bowery once said about himself. If there were a formula to describe this enfant terrible who refused all categorization throughout his life, this would be it: turning oneself into a work of art. Presenting himself in the most garish ways that revolutionized the fashion of his day and stylizing himself as a walking work of art, Leigh Bowery, who was born in Sunshine, Australia in 1961, stirred up London’s sub-culture of the 1980s in the wake of the post-punk and New Romanticism movements. Being friends with stars of the scene like Charles Atlas, Michael Clark, and Cerith Wyn Evans, he continuously reinvented himself far from all dictates of fashion. The British photographer Fergus Greer captured Bowery’s costume designs, his so-called looks, which oscillated between masquerade and radical self-expression, in several sessions over a period of six years, and artists like Dick Jewell and Baillie Walsh regularly documented Bowery’s work between fashion, performance and music. Each of Leigh Bowery’s multiple appearances required a public, whatever its attitude might be. Like no other artist, Bowery depended on the light in which others saw him in order to manifest himself in the public’s collective memory.

London nightclubs provided him with his very own catwalk on which he always came out on top in terms of maximum attention with his over-dimensioned shoes, shimmering corsets and sequined robes, weird headgear and glossing-over make-ups. Though Bowery maintained that he had had to fight his shame initially and hid his room- filling physique behind a variety of loud fabrics, tulle, glitter, paint, and satin, his performances were anything but embarrassing Leigh Bowery overcame his physical imperfections by making them elements of his mise-en-scène: “The rest of us used drag and make-up to disguise our blemishes and physical defects. Leigh made them the focal point of his art,” Boy George once remarked. Thus, Bowery gradually became the epitome of what has been called the self as performance. Far from the nightly footlights and the protection of kindred spirits, he strained the social standards of propriety with his exalted larger-than-life appearance, causing offence in broad daylight and holding up a mirror to the dictatorship of conformism, unmasking its heteronomy.

Leigh Bowery regarded his body as an ineradicable desideratum, which he turned into an unfinishable project through the combination of opposites, the use of dysfunctional objects and out-of-the-way materials, and an unprecedented kind of production. He also came to work with nothing but his body, which was to play an increasingly crucial role in his late oeuvre, as his plastic, malleable material. He never ceased to experiment; with adhesive tape and a bodice, he shaped his flesh to form an artificial bosom, taped his member and hid it behind a pubic hair toupee or emphasized it with an oversized silver elephant’s trunk in one of the Michael Clark Company’s dance performances.

Thematizing his vulnerability in his performances, Bowery overcame physical injuries by showcasing them. His sometimes sadomasochist appearances and provocative lifestyle culminated in an attitude that crystallized into a sociopolitical stance like in his statement “I like doing the opposite of what people expect.”

After an excessive life, Leigh Bowery died from AIDS at the age of 33. He was more than an extraordinary peripheral figure making his mark in the urban arena of exhibitionism and voyeurism. His virtuoso works influenced haute couture collections. In the international art world he became known as the painter Lucien Freud’s muse, and his one-week performance in front of a semi-transparent mirror in the Anthony d’Offay Gallery in London created a furore. His art marks a cross-border approach to sculptural and performative production that is unique in the history of late-twentieth-century art and is reflected in numerous joint projects with contemporary artist friends.

The exhibition XTRAVAGANZA, whose title derives from the word “extravaganza” that describes an elaborately staged and costumed light entertainment in American nineteenth-century theatre, focuses on selected costume creations by Leigh Bowery. Mainly filmic and photographic works will revive the image of the prematurely deceased performing eccentric.

Publication: A special volume dedicated to Leigh Bowery will be published as limited edition on the occasion of the show. It assembles posters by friends, artists, and companions. It comprises texts by Robert Nickas, Angela Stief, Katharina Sykora, Donald Urquhart. German and English