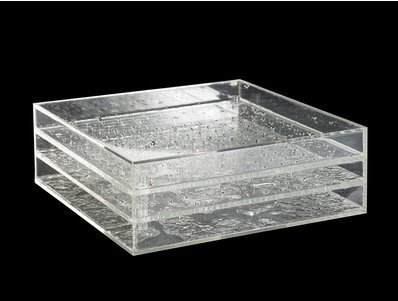 This exhibition is the latest in a series of annual shows at Seguin entitled Carte Blanche, for which international galleries are invited to organize exhibitions. Carte Blanche to Paula Cooper will be on view from 19 October through 24 November 2012.

The Paula Cooper Gallery has regularly hosted concerts, music symposia, dance performances, book receptions, poetry readings, as well as art exhibitions and special events to benefit various national and community organizations. Philip Glass, Mabou Mines, SEM Ensemble, Bill T. Jones, and Trisha Brown are among the many artists who have performed in the gallery. From 1975 to 2000, the gallery presented a much celebrated series of New Year’s Eve readings of Gertrude Stein’s “The Making of Americans” and James Joyce’s “Finnegans Wake.”

The works to be included in Paula Cooper: Carte Blanche date from 1960 to 1975 and are from artists associated with the gallery from that period. Among the works in the show will be a monumental metal floor piece by Carl Andre entitled 8 Shoeing Smith; a 1975 large-scale black and white wall drawing by Sol LeWitt; a rare and seminal 1960 painting by Donald Judd; and Bruce Conner’s Crossroads, a 1975-76 film collage of footage from the archives of the United States Navy.