Works by 12 artists. The exhibition examines the gesture or method of 'counter-production' so as to grasp and address questions relating to the ways in which contemporary artistic production functions. At the same time, this attempt forms the basis of a redefinition of the term, which, like the politico-economic, technological and socio-cultural fields in which it originally made its appearance, is subject to historical transformation and, as such, is to be redefined. 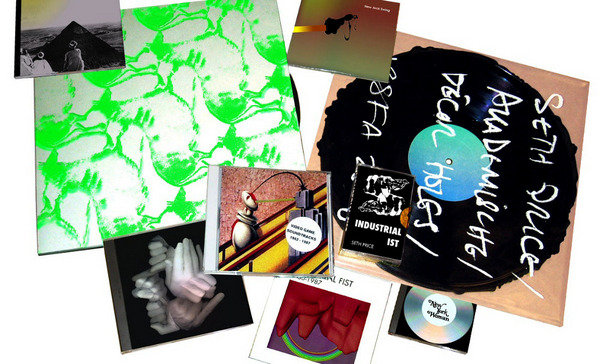 Curators: Diana Baldon and Ilse Lafer with the involvement of Luke Skrebowski

In the wake of technological and economic transformation during the twentieth and twenty-first centuries, the image of artistic production has undergone major changes. In view of the inner constraints of a reality framed according to post-Fordism with its insistence on efficiency, flexibility, and intelligent self-management? To what extent and in what ways do artists participate in and confront contemporary conditions of global production and capital? Some artists have responded to the changed conditions of production indirectly by pointing out their intrinsic contradictions with the use of definitions such as “productive non-production” or “non-productive production,” “counter-productive work,” or the body as site of reproduction and self-production.

The exhibition Counter-Production examines the gesture or method of “counter-production” so as to grasp and address questions relating to the ways in which contemporary artistic production functions. At the same time, this attempt forms the basis of a redefinition of the term “counter-production,” which, like the politico-economic, technological and socio-cultural fields in which it originally made its appearance, is subject to historical transformation and, as such, is to be redefined. Emerging from historical cinema and philosophy as influenced by the post-1968 counter-cultural movements, this concept has since continued to circulate, thus directly or incidentally subject to inquiry and inspiration in the works of contemporary artists. This may be observed in the case of Marine Hugonnier’s unfinished, and partly concealed, manuscript Travail Contre Productif (1996–on going). With “gestures of restraint”, the latter work seeks to produce something which is not productive.

Thirty-five years earlier, filmmaker and writer Alexander Kluge described “counter-production” as an aesthetic strategy designed to articulate a mode of “counter-control” built with the organization of individual experiences for infiltrating hegemonic structures. Kluge’s counter-productive practices, which took clear shape in his films, books, and unusual television formats, provided some of the material for Seth Price’s essay Dispersion (2003) that was to later resurface as a series of screen-prints entitled Essay with Knots (2008) and the video Redistribution (2007). Price’s triad highlights the way in which art in the era of digital media circulates in the same way as any other information on the Internet: uncontrollable, vulnerable to manipulation, repackaged in many contexts without being regulated by them.

Unlike the early 1990s, a time in which “counter-production” and the notion of “counter-public” were discussed in conjunction with political and artistic forms of activist, participatory or service-oriented art, through its polyvalent artistic approaches this exhibition indicates how, today, this concept may be reinvoked as a possibility for bringing into focus the artwork itself together with its processes of production. Opening up three zones of interrelation, the exhibition seeks to offer different examples of where and how the concept of “counter-production” may provide artists with the possibility of generating a critical distance.

“Productive Displacement” brings together works of art that deviate from conventional notions of artistic production, presentation and communication so as to critically examine the very principles of this conformity. In addition to Marine Hugonnier and Seth Price, Ricardo Basbaum and Dexter Sinister likewise directly investigate the effects of artistic production. The fact that, for example, design and distribution processes may serve as an “allegory” of how “things become their own shadows,” is shown by designer-editor-publisher duo Dexter Sinister with their “graphic design-cum-work of art” developed especially for the exhibition, and which quite literally inverts Generali Foundation’s corporate design concept.

“Creative Speculations: Hierarchies and Structural Movement” suggests how the frequently concealed normative order originating in recognized structures changes into the opposite of its initial purpose. By means of performative and narrative methods, works by Mary Ellen Carroll, Goldin+Senneby, Marion von Osten, and Lili Reynaud-Dewar question various courses of action in disparate fields governed by neo-liberal policies such as cultural institutions, contemporary banking, urban construction, or regional development planning. The abstract world of global finance, for instance, is the subject of the work “The Discreet Charm” (2011-2012) by artist duo Goldin+Senneby, whereby the spatial model of the Generali Foundation (on a scale of 1:25) is transformed into the theater of a magic construction of value.

“Modeling the Self” considers the property relations of the body as the site of sexual and identity-related processes of negotiation. Henrik Olesen, Johannes Porsch, Josephine Pryde and Josef Strau exhibit a range of approaches for showing how, like artistic practice, the subject—partly identified in the artist’s biography—is likewise entangled in complex economic realities. Olesen addresses the relationship between man and machine by studying the figure of British mathematician Alan Turing, whereas Pryde’s photographic series Adoption (2009) combines close-ups of a toddler with the aesthetic of fashion photography to generate an allegory around the question of how, and by what means, the artist-subject is involved in the art industry.

In a text published in the exhibition catalogue Make Your Own Life: Artists In & Out of Cologne (2006), Strau coined the expression “non-productive attitude” to describe a posture of productive withdrawal in which life, work, and economy are affectively combined. He thus articulates an approach of critical distance which, with the deployment of “non-production production”, gets precisely to the heart of that ambivalence and contradictoriness in artistic production that comprises the exploratory thematic intention of the present exhibition. Hence, “Counter-Production” seeks to disclose the extent to which such an approach is capable of opening up potential perspectives for art.