Retablos con luz. The light of these diversely arranged boxes illuminates images from Africa, America and Europe. Their stories each time concern some type of event; that which is presently happening or has just occurred, and equally the relation between desire and reality. 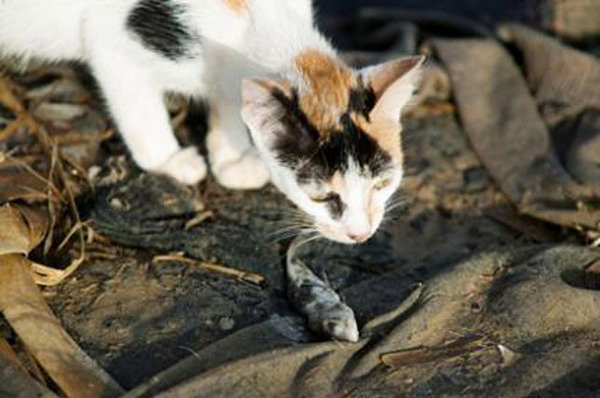 Castile, the birthplace of Ángel Marcos, is full of religious panel paintings dating from the sixteenth century. Its local churches and cathedrals are home to artworks of inestimable value, created by the likes of artists from that period such as Juan de Juni, Pedro and Alonso Berruguete or Esteban Jordán. Having been raised and living with the legacy of these artists, whose impact becomes clearly discernible in his work, Ángel Marcos has been influenced in several ways: through the power of their sculptures, their striking mastery and the attitudes that inform their works. In a particular way he was impressed by how they managed to achieve a harmonious finish in their works, conveyed not only from an architectural but also a narrative point of view.

The Castilian panel painting serves – both in its formal conception as well as its philosophical programme – as a fundamental principle for Ángel Marcos in the realization of the exhibition RETABLOS CON LUZ (Panel Paintings by Light). Through his work with light boxes he achieves a unique harmony in both referencing these historic panel paintings while at the same time remaining firmly ingrained in the contemporary. The photographic frescos displayed in each of his light boxes speak of illusion, desires, death, power, money, labour and emotions. These photographs not only represent the quotidian of a multiplicity of places, but also the relation of one person to another and that which affects us as a material component in the process of contemplating a work of art.

In this exhibition hosted by Hilger contemporary the light of these diversely arranged boxes illuminates images from Africa, America and Europe. Their stories each time concern some type of event; that which is presently happening or has just occurred, and equally the relation between desire and reality.

Regarding the mode of production Ángel Marcos has predominantly focused on photography and video. He creates truly innovative works considering their conceptional content as well as their sculptural execution. He uses new types of material contributing to the pictorial message and thus achieves a seamless connection between the artistic language employed and the concrete materiality of the objects.