From Below, as a Neighbour

The group show takes place within the framework of the Mine, Yours, Ours festival Accompanying the exhibition and performance programme are screenings of Jennie Livingston's 1990 documentary film Paris is Burning at Art Kino Croatia. 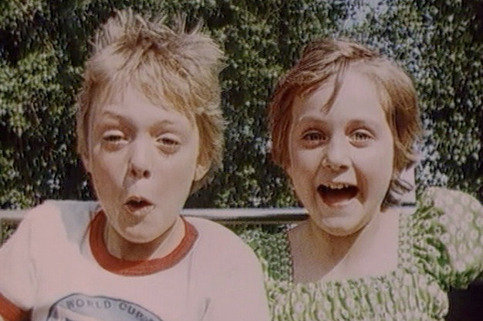 From Below, as a Neighbour turns to the fragile institution: strategic detachments practised within temporary spaces of agency and relief. The exhibition forms the latest chapter in an ongoing exploration of utopian thought and practice extending from the first 'Summit of Micronations,' a congress for new country projects held in Helsinki in 2003.

Taking this model as a point of departure, From Below, as a Neighbour seeks to radically expand on the micronation as a form of self-organisation, to explore alternative approaches that subvert and destabilise normative structures. In the works, the desire to produce forms of knowledge that also displace the knowledge itself is present as both a practice and a fantasy of shared autonomy. It is a take on utopia that emphasises the role of tenderness in collective politics, as a politics based not on the possibility that we might be reconciled, but on a continuous and nervous tension between self-determination and solidarity.

From Below, as a Neighbour brings together a site-specific installation by Zagreb-based performance collective BADco.; an Armin Maiwald film realised as part of his long-running series Bibliothek der Sachgeschichten or 'Library of Factual Stories'; Öyvind Fahlström's choreographed street parade, Mao-Hope March; and Kajsa Dahlberg's exploration of the potential of representational invisibility. Also included is visual poetry and collages by Babi Badalov; We Who Feel Differently, a series of prints by Carlos Motta; Mark Leckey's Fiorucci Made me Hardcore; as well as work by pioneering Black Wave filmmaker and activist Želimir Žilnik.

Pil and Galia Kollectiv's contribution, Terminal, takes the form of a future morality play and turns to dystopia as a ritual and exercise. The new work, part film, part performance, premieres on 26 October at HKD Teatar.

Accompanying the exhibition and performance programme are screenings of Jennie Livingston's 1990 documentary film Paris is Burning at Art Kino Croatia.

This programme is realised as a part of Practical Utopias, an ongoing collaboration between Drugo More (Croatia), Electra (UK) and YKON (Finland). The next chapter of the project takes the form of a ‘Summit of Practical Utopias,’ a four-day assembly on the island of Brioni, Croatia, in the late Summer of 2013.

From Below, as a Neighbour takes place within the framework of the Mine, Yours, Ours festival and Drugo More, with the support of the British Council, Croatia; Ministry of Culture of the Republic of Croatia; and the City of Rijeka.