IVe - XVIe siecles. A journey through medieval Cyprus. Icons, illuminations, sculptures, architectural fragments, metalwork and jewelry, ceramics - more than 180 objects in this exhibition retrace the artistic history of the island in all its richness and complexity. 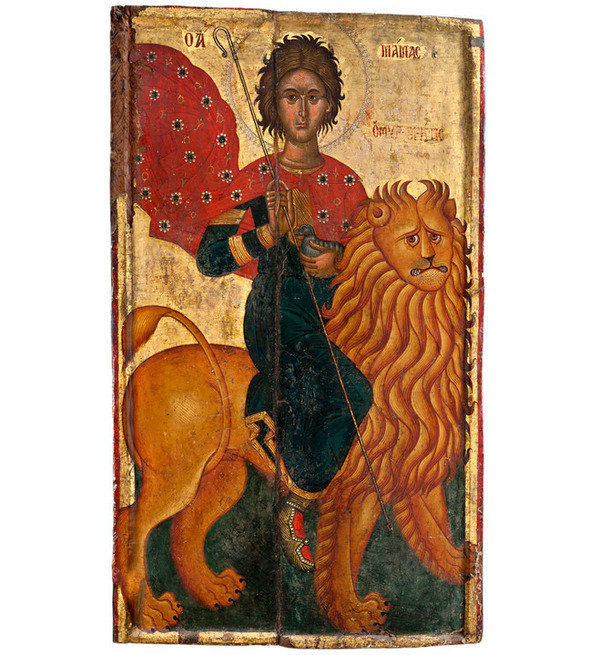 The Louvre invites visitors on a journey through medieval Cyprus.

Icons, illuminations, sculptures, architectural fragments, metalwork and jewelry, ceramics—the more than 180 objects in this exhibition retrace the artistic history of the island in all its richness and complexity. From the fourth century, which saw the establishment of Byzantium and the triumph of the new Christian religion across the entire Roman Empire, until the conquest of the island by the Ottoman Turks in 1570, Cypriot artists produced works bearing witness to its important role as a bridge between East and West.

As a major way station on trade routes to the Near East and Palestine, Cyprus was initially a rich eastern province of the Roman Empire and later acquired a Byzantine character, with the building of great basilicas. This exceptional cultural heritage is also very much in evidence in the so-called “Cyprus Treasures” of Lambousa (modern-day Lapithos and Karavas), unearthed in the early years of the twentieth century and today divided mainly between collections in Nicosia, London and New York. These treasures had been buried by inhabitants of Lambousa before abandoning the city during Arab raids in the mid-seventh century. Beginning in this period, Cyprus was the site of an unusual entente between Arabs and Byzantines, the purpose of which was to give the two rivals equal access to the island’s ports. Cyprus returned to full Byzantine control in the tenth century, with the reconquest of the island under the leadership of Nikephoros II Phokas. Until the twelfth century, Cyprus maintained its status as a prosperous Byzantine province, remarkable for its many lavishly frescoed churches, while the hermit monk Saint Neophytos became the single most important religious leader of the second half of the twelfth century.

However, with the onset of the Crusades during this same period, the island also became a strategic linchpin in the battle between East and West over control of the Holy Land. Following the Third Crusade, in 1191, the English king Richard the Lionheart managed to capture the island, although soon thereafter he sold it to the Knights Templar, and then to the Poitevin baron Guy de Lusignan, the deposed ruler of the Latin kingdom of Jerusalem. Louis IX of France (later known as Saint Louis) arrived in Cyprus in 1248 with the aim of reconquering Jerusalem and stayed there until the following year. At this time, Cypriot artists played a key role in the emergence of Crusader icon painting, a school also referred to as maniera Cypria, which fused long-established Greek and Latin traditions from the entire Mediterranean region to create a highly individual style. In 1291, with the fall of Acre, the last bastion of the Latin kingdom, Cyprus became the sole Christian-held outpost in the Levant, vital to any hope by the West of recapturing the Holy Land. In the middle of the fourteenth century, Pierre Ier de Lusignan, king of Cyprus and titular king of Jerusalem, even agreed to be crowned king of Cilician Armenia and nurtured his own crusading ambitions.