From the self-reflective criticisms offered by modern painting to the efforts to make sense of a world that acts as a system of relationships subjected to constant change, this new exhibition of works from the MACBA Collection brings together previous examples of what we today call 'systemic crises'. Works by Dara Birnbaum, Marcel Broodthaers, Hans Haacke, Andrea Fraser, Helio Oiticica and many more. 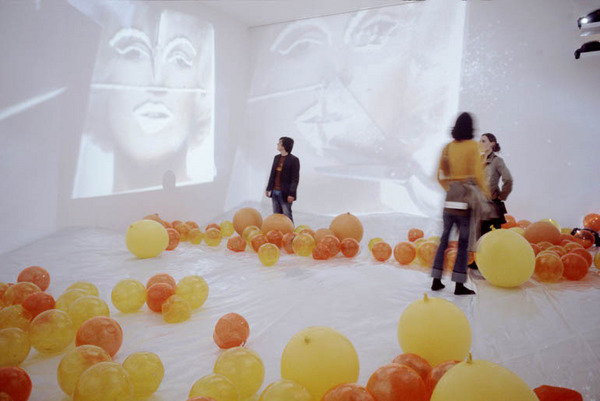 Since the sixties, contemporary art has been associated with periodic crises. These events have not only affected art, they have had a global impact. From the self-reflective criticisms offered by modern painting to the efforts to make sense of a world that acts as a system of relationships subjected to constant change, this new exhibition of works from the MACBA Collection brings together previous examples of what we today call ‘systemic crises’.

The exhibition, which occupies three floors of the museum, takes the form of a sequence of six episodes or passages that can be read with relative autonomy. You will find works by: Lara Almarcegui, Judith Barry, Dara Birnbaum, Marcel Broodthaers, Joan Brossa, Hans Haacke, Öyvind Fahlström, Andrea Fraser, Sanja Iveković, Gerhard Richter, David Lamelas, Angela Melitopoulos, Miralda, Robert Morris, Hélio Oiticica, Allan Sekula, Andreas Siekmann, Antoni Tàpies y Krzysztof Wodiczko, among others. The life and work of the psychiatrist Francesc Tosquelles (1912-1994) is also recovered, in the anniversary of his birthday.

Fissures traces some of those spaces of disorder from which we construct ourselves as contemporary subjects. This section includes drawings and installations by artists like Peter Friedl, Anne-Lise Coste, Matt Mullican, Erick Beltrán, Paul McCarthy and Raymond Pettibon. Voyeurism, Fetishism and Narcissism investigates new ways of looking imposed by the narrative conventions of cinema. The work of Dan Graham, Dara Birnbaum, Jeff Wall, David Lamelas, Judith Barry, Lara Almarcegui and Cyprien Gaillard is used to analyse the way in which new visual and perceptive habits cause us to interpret reality.

Beginning with an interrogation of modern painting and the distrustful gaze of an art made up of strictly individual perceptions, the next section moves towards artistic practices based on a collective effort to understand the world. Content Becomes Something to be Avoided like a Plague presents work by Robert Rauschenberg, Antoni Tàpies, Raymond Hains, Nigel Henderson, Andrea Fraser, Robert Morris and Art & Language, among others. Connected to this revision of painting, The Art of the First Globalisation articulates a pioneering look at the global systemic model that has become generalised at the end of the XXth century. Already by the sixties and seventies, works by Marcel Broodthaers, Öyvind Fahlström, Hans Haacke, Miralda and Hélio Oiticica begin to anticipate the dominance of globalization.

Along similar lines, Work, Power and Control, is a space centred on work and the values associated with it during advanced capitalism. Through the installations of Allan Sekula, Andreas Siekmann and Krzysztof Wodiczko, among others, a reflection is formed upon new ways of living suggested by post-indistrial production and immaterial labour. The last chapter recovers the figure of the Catalan psychiatrist Francesc Tosquelles through the video-essay Déconnage. In the centenary of his birth the figure of this significant anti-psychiatrist, who from his French exile influenced thinkers like Félix Guattari and Gilles Deleuze, is put under the spotlight.