Constantinos Taliotis researches the special features of particular film genres, e.g. gangster and espionage films, film noir and science fiction, and appropriates these features in his works to create his own filmic narratives. More than 60 artists were asked to lend wings to their ideas for the exhibition "Flying". 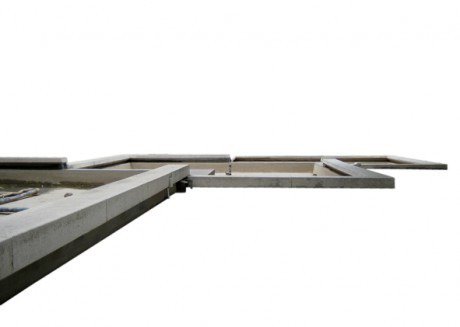 Constantinos Taliotis researches the special features of particular film genres, e.g. gangster and espionage films, film noir and science fiction, and appropriates these features in his works to create his own filmic narratives. He analyzes not only the actors’ gestures and the specifics of costume, lighting and set design but also the way in which scarcely perceptible alterations in image and sound herald decisive changes to the course of the action. In more recent projects Taliotis has concerned himself with the elements – both technical and aesthetic – in B-movies or gangster films that are employed to create suspense and put the viewer in the mood for events to come. Taliotis’ works are photographic tableaux vivants or large-scale installations, which attempt to capture the atmosphere of the respective film genre by uniting its basic characteristics within themselves.Taliotis’ latest project Casting Modernist Architecture examines the relations between cinema and Modernist architecture. Architectural Modernism already played a key role in the films of well-known directors early on, and Modernist buildings in film developed over the course of time into indicators of an (approaching) appearance of ‘evil’.In order to make it possible for the visitors to experience atmospheric shifts, Constantinos Taliotis has constructed an immersive installation in the exhibition space of Künstlerhaus Bethanien. With the aid of changing temperatures and varying lighting, he creates different rooms of gradual shifting moods and atmospheres. As visitors pass through this absolute installation, they are absorbed in a spatial narrative that unravels in front of them as though on the set of an imaginary film.

The installation Casting Modernist Architecture has been realized under the consultation of Torben Schomaker (HLZFR. Gmbh) as well as with the support of Thomás Fitzpatrick, Charlotte Reibell and the technical team of the Künstlerhaus Bethanien.A book of the same title will be published parallel to Casting Modernist Architecture, illuminating the links between film and modernist architecture.Constantinos Taliotis is currently participating in our International Studio Programme 2012/2013.