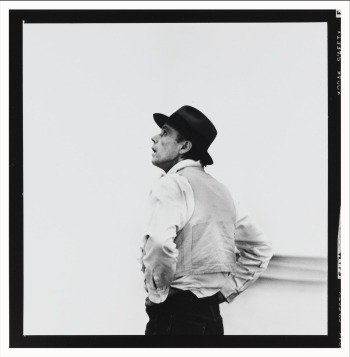 In January 1971 the photographer Lothar Wolleh accompanied Joseph Beuys to his first exhibition abroad in the Moderna Museet in Stockholm. Without commission and at his own expense he travelled to Sweden. One year later, Beuys and Wolleh reproduced 51 of the pictures taken there in the "Unterwasserbuch" (Underwater Book), which Beuys then laid into a water basin. They show Beuys installing his works, in thought or in a conversation. The photographs - all modern prints - are for the first time displayed together with the book. A Hasselblad camera provided with an automatic self-timer took the pictures in a periodical rhythm. Opening 3 September 2012, h 18.