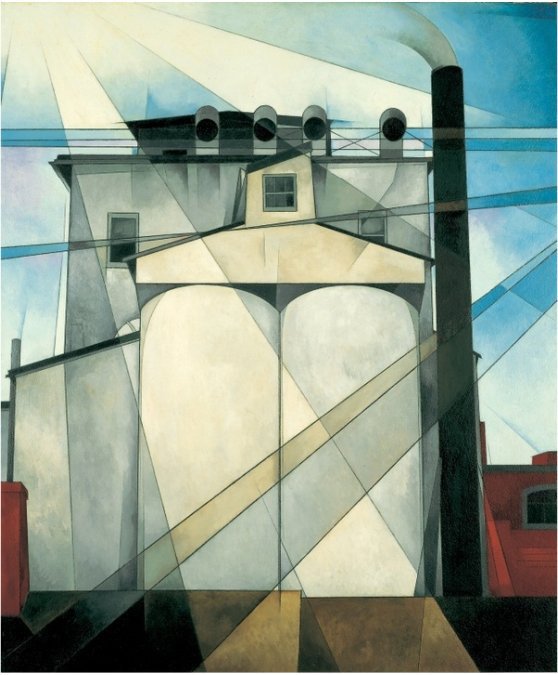 Curator Barbara Haskell has organized the Museum’s holdings of each of these artists’ work into small-scale retrospectives. Many of the works included will be on view for the first time in years; others, such as Hopper’s A Woman in the Sun, Calder’s Circus, Jacob Lawrence’s War Series, and Georgia O’Keeffe’s Summer Days, are cornerstones of the Whitney’s collection. The show will run for a year in the Museum’s fifth-floor Leonard & Evelyn Lauder Galleries and both the Sondra Gilman Gallery and Howard & Jean Lipman Gallery on the fifth-floor mezzanine. To showcase the breadth and depth of the Museum’s impressive modern art collection, a rotation will occur in May 2013 in order that other artists and works can be installed.

In the late nineteenth century artistic innovation was largely driven by European art. For aspiring young painters and sculptors in America, traveling to Europe and assimilating European styles was considered integral to becoming a modern artist. By the turn of the twentieth century, with America’s emergence as an international power, the nation’s artists began to reassess their earlier dependence on Europe in favor of creating independent styles, inspired by American subjects and forms of expression.

Two clear movements dominated art in the first half of the twentieth century: realism and modernism. “Despite their seemingly antithetical styles and subject matter, the two groups shared a determination to portray their intense connection to American subjects,” Haskell explains. “Together, they charted a new direction in American art and, in the process, redefined the relationship between art and modern life.”
By featuring realists, such as Hopper and Burchfield, alongside modernists, such as Bluemner and Stella, American Legends: From Calder to O’Keeffe represents the vitality and diversity of early twentieth-century American art. The Whitney has a long and proud history of supporting this work, as evidenced by the depth of its holdings of the eighteen artists in this exhibition. As the Whitney looks to its future in a new building in 2015, it is pleased to reaffirm its commitment to the great artists at the core of its collection.

Ongoing support for the permanent collection and major support for American Legends: From Calder to O'Keeffe is provided by Bank of America.