Treasures of the Alfred Stieglitz Center

A survey of photographs from the permanent collection and includes an important group of works by Dorothy Norman and her mentor Alfred Stieglitz, one of the greatest figures in 20th-century American art. With early masterworks by Gustave Le Gray, Edward Weston, Julia Margaret Cameron, and Charles Aubry. 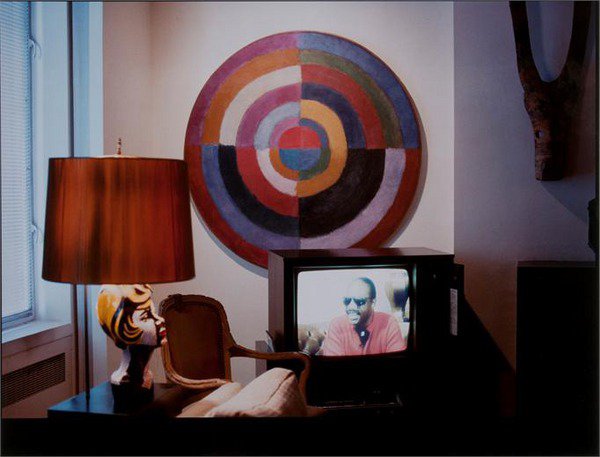 This exhibition presents a survey of photographs from the permanent collection and includes an important group of works by Dorothy Norman and her mentor Alfred Stieglitz, one of the greatest figures in twentieth-century American art. There are also early masterworks by Gustave Le Gray, whose images of light and motion inspired the Impressionists; Edward Weston; Julia Margaret Cameron; and Charles Aubry. These striking images are complemented by an array of modern and contemporary works that trace the medium’s history as a visual art form, including recent acquisitions by artists such as Florence Henri, Roy DeCarava, and Hiroh Kikai, many on view for the first time in Philadelphia.

The mainly black-and-white photographs reflect the strengths of the Museum’s photography collection, ranging from the 1840s to 2005. Nineteenth-century photographs include works by William Henry Fox Talbot, an early inventor of photography; a group of views fromFelice Beato’s1860 album China; and Rue des Prêtres Saint‑Étienne, de la rue Descartes by Charles Marville, who documented the narrow quarters of nineteenth-century Paris.

Post-World War II American and Japanese photography is seen through a number of works by Robert Frank including Jehovah’s Witness, Los Angeles (1955), Diane Arbus’s Untitled (6) (1970–71), and Masahisa Fukase’s Untitled (1976). The exhibition continues with contemporary photography by a broad range of international artists, including Joachim Koester’s Room of Nightmares #1 (2005) and Gerhard Richter’s Guildenstern (Rhombus II) (1998), a cunning investigation of the shared terrain between painting and photography.

The works by Norman and Stieglitz were made during the years of their creative exchange, from 1929 until Stieglitz’s death in 1946. These include a number of portraits, such as Norman’s cropped close-up Alfred Stieglitz IX, New York (1933); cityscapes and landscapes, as seen in Stieglitz’s New York from the Shelton (1935), showing the interplay of light and shadow on the skyscrapers of a changing New York skyline; and Norman’s Harbor II, Osterville, Cape Cod (1930s), a study in line and composition. These images are complemented by photographs made by their contemporaries, including Man Ray’s surrealist Marquise Casati (1922) and Florence Henri’s Portrait (c. 1930).

The Alfred Stieglitz Center of the Philadelphia Museum of Art was established in 1968 through the dedication and generosity of photographer and philanthropist Dorothy Norman, a close associate of Stieglitz. Norman donated a magnificent collection of photographs by Alfred Stieglitz to complement the fine group given by Georgia O’Keeffe, as well as funds to assist in supporting the Stieglitz Center’s program of exhibitions and acquisitions.

The Philadelphia Museum of Art is among the largest museums in the United States, with a collection of more than 227,000 works of art and more than 200 galleries presenting painting, sculpture, works on paper, photography, decorative arts, textiles, and architectural settings from Asia, Europe, Latin America, and the United States. Its facilities include its landmark Main Building on the Benjamin Franklin Parkway, the Perelman Building, located nearby on Pennsylvania Avenue, the Rodin Museum on the 2200 block of the Benjamin Franklin Parkway, and two 18th-century houses in Fairmount Park, Mount Pleasant and Cedar Grove. The Museum offers a wide variety of activities for public audiences, including special exhibitions, programs for children and families, lectures, concerts and films.

The Philadelphia Museum of Art is located on the Benjamin Franklin Parkway at 26th Street
Hours:
Tuesday through Sunday: 10:00 am–5:00 pm. Friday evenings: 10:00 am–8:45 pm. The exhibition will be closed Christmas Day and open during normal hours on New Year's Day, Martin Luther King, Jr. Day, and Presidents’ Day.