5th and final edition of the annual group exhibition It Ain't Fair (IAF). It celebrates the history and tradition of IAF's renowned multimedia production, and closes the chapter on what came to define OHWOW's identity as a community platform for progressive art in all media. 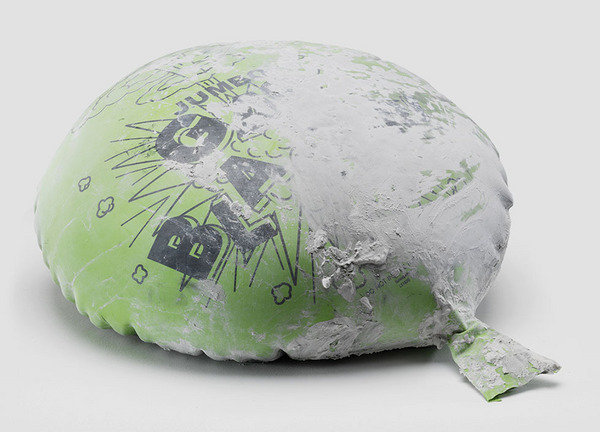 OHWOW is pleased to announce the fifth and final edition of the annual group exhibition It Ain’t Fair (IAF). Coinciding with Art Basel Miami Beach, It Ain’t Fair 2012 celebrates the history and tradition of IAF‘s renowned multimedia production, and closes the chapter on what came to define OHWOW’s identity as a community platform for progressive art in all media.

Since the first installment in 2008, It Ain’t Fair proved an innovative and divergent idea; an exhibition and project providing an alternate experience to the dozens of December art fairs in Miami. The exhibition continued to evolve through the years, yet always reflected its time, excelling at capturing the trends occurring in contemporary art. Over the course of IAF‘s history, OHWOW presented a wide range of work from artists in many disciplines: from Tauba Auerbach to Ashley Bickerton, Cyprien Gaillard to Clayton Patterson, Gang Gang Dance to The Gossip; visual arts, films, and performances coalesced into genre defining examples of the moment.

In addition, OHWOW brings its Los Angeles-based pirate station, Know Wave Radio (www.know-wave.com), to Miami Beach for a week of live programming to include performances, DJ sets, and interviews. Part art project, part community broadcast, Know Wave has presented a rotating cast of special guests such as Mykki Blanco, Nate Lowman, Kate and Laura Mulleavy, and Cat Power, among others. IAF 2012 will also host a soup kitchen – a social project that provides free dinner to anyone wanting a meal, daily from 5 to 7 PM. Hundreds of artists and creatives make the trip to Art Basel Miami Beach every year on shoestring budgets; the soup kitchen gives back and supports a community that has helped shape the energy and success of OHWOW’s endeavors.