On view 17 works, including 3 new commissions by internationally prominent artists. Featuring artists from Turkey and France, a role model for Turkey's modernization, the exhibition opens for discussion how the remains of modernity can transform the present and the future. 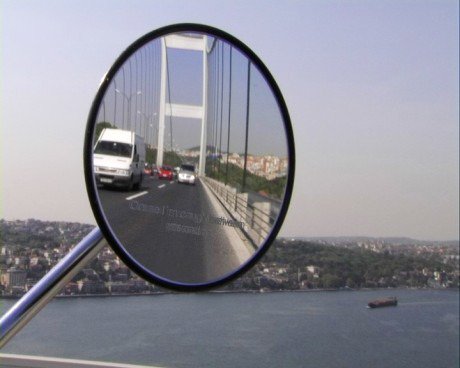 Istanbul Modern’s new show Modernity? Perspectives from France and Turkey explores the effects of modernity on contemporary visual culture. The exhibition looks into the phenomenon of modernity and the confrontation of artists with the modernity project.

In a globalized world, we are going through a period of diverse, profound, and complex relationships in which uses of new technologies and the social media form intricate structures. The exhibition attempts to remind us how the remnants of modernity, which constantly reappear in various ways, have seeped into our lives in today’s relatively directionless world. Featuring artists from Turkey and France, a role model for Turkey’s modernization, the exhibition opens for discussion how the remains of modernity can transform the present and the future.

Examining various dynamics of modern life that reflect on the present world from today’s perspective, the exhibition explores how the modernist structure, which has influenced relationships in the world, is criticized and interpreted by artists. It focuses on statements made by artists on urban culture transformed by modern life, the social, cultural, economic, and political effects of modernity, and utopia, which is among the ideals of modernity. The artists in the show discuss modernity as a phenomenon, which is both experienced in the memory and present through its latent effects. The works offer a reminder for aspects of modernity that emerged in the 19th century and that the Western world presented as a universal ideal. Modernity? Perspectives from France and Turkey questions to what extent we are aware of the effects of the experience of modernity today and raises further questions such as the following:

Could it exist today a story that modernity has not seeped in, has not transformed, has not rendered prominent, or made us forget?

Is it possible for us to be released from modernist patterns of hierarchy that split our lives into sociocultural categories?

Would it be easy to erase from our memories the modernist hegemony, which creates status differences between geographies and separates the world into primitive contexts such as ‘advanced’ and ‘backward’?

Do we not always hold modernity responsible for the schism in our physical and spiritual world and for the feeling of alienation that pervades us?