Terre de profondeur. Focusing in particular on the history of the creation of Vassiviere Island and the Electricite' de France dam, the artist shaped her exhibition project during her residency. 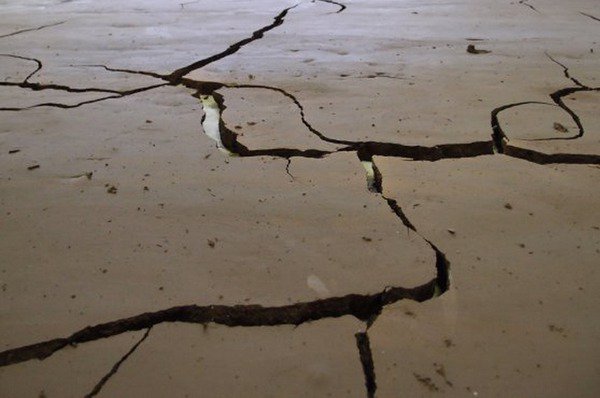 As a tie-in with the artificial character of Vassivière Island, the Centre international d’art et du paysage, has invited Dominique Ghesquière to create for this unique site a group of works whose fragility contrasts with the sheer force of its architecture.

Focusing in particular on the history of the creation of Vassivière Island and the Electricité de France dam, the artist shaped her exhibition project during her residency at the Château de Vassivière; she appropriated the site via a discovery of the area and its history that included consultation of local archives about the draining of the lake in 1995, a meeting with Jean Pechalat, last of the old-time residents of the island and a tour of the hydroelectric facility.

This is a landscape – an island with its lake and its conifer forests – that only came into being in the 1950s, as a result of human planning and design, and the inherent tension between nature and artifice fuels this body of work by Dominique Ghesquière. Taking her inspiration from the elements – earth, water, fire, air – she has reconstructed landscapes and natural phenomena, with an emphasis on the fleeting, ephemeral moments nature reveals to us.

Born in Pensacola, Florida, in 1953, Dominique Ghesquière graduated from the Ecole Nationale des Beaux-Arts in Lyon in 2001. She now lives and works in Paris.

Her work has been acquired by major public and private collections in France and elsewhere, notably including FRAC Bourgogne and Mudam, Museum of Contemporary Art, Luxembourg. In 2012 FRAC Limousin acquired her ombres électriques. She recently received a grant from France’s National Foundation for Graphics and the Visual Arts.

In 2011 her first monograph, edited by Eva González-Sancho, was published by FRAC Burgundy.
Dominique Ghesquière is represented by the Paris gallery Chez Valentin: www.galeriechezvalentin.com
Her work can also be seen on her website: www.dominique-ghesquiere.com