Aux Sources de la peinture de genre americaine. Two works from the Louvre's collection, by Jan Steen and William Mulready, have been selected to illustrate the fruitful exchange between New World painters and European masters. On show also Preface to the First Edition, a project by Walid Raad. 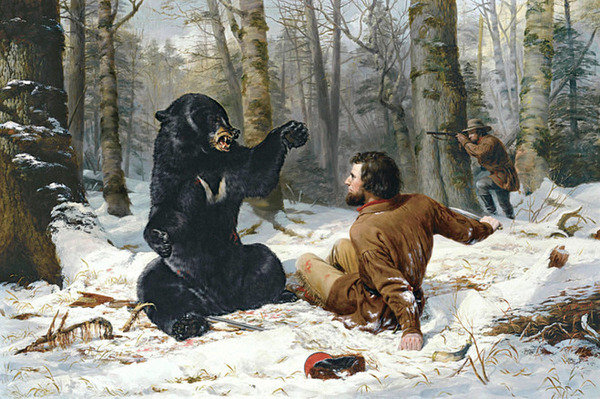 The Louvre is continuing to showcase American art through its partnership with the Crystal Bridges Museum of American Art (Bentonville, Arkansas), the High Museum of Art in Atlanta and the Terra Foundation for American Art.

This year’s theme is the development of genre painting in the United States from the first half of the 19th century to the Civil War, a period of economic and territorial expansion for the young nation. Interest in art was not yet widespread, and European academic canons struggled to find an audience. Some American artists—such as George Caleb Bingham, Arthur Fitzwilliam Tait and Eastman Johnson—met with popular success by painting scenes that depicted the daily lives of people on the fringes of society, those who ventured into the huge country’s virgin territories. Though seemingly naive in style, these images of trappers or Mississippi boatmen were influenced by European genre paintings, notably those from the Dutch Golden Age and contemporary British works.

Two works from the Louvre’s collection, by Jan Steen (1626-1679) and William Mulready (1786-1863), have been selected to illustrate the fruitful exchange between New World painters and European masters.

The Louvre has invited the artist Walid Raad to take part in a collaborative project over three consecutive years. The first part of this project is an exhibition called “Preface to the First Edition”, with an accompanying publication.

Walid Raad, born in 1967 in Chbanieh (Lebanon), lives and works in New York. He uses a broad spectrum of formats and techniques including text, photography, video, publication, installation and performance. Since the late 80s, his work has reflected a distinctive modus operandi; his Atlas Group project, for example, is a collection of archives on the Lebanese wars in fictional form. History is recorded for posterity as a series of open-ended enigmas onto which spectators can project their own references.

Another project, Scratching on Things I Could Disavow. A History of Art in the Arab World, begun in 2007, takes a critical look at the increasing enthusiasm for heritage and contemporary art in the Middle East. Attentive to the way geopolitical conflicts and changes impact the relationship with history, the artist explores the current perception of tradition. And with a purpose-designed installation at the Louvre, he presents a visual and narrative reflection on the future of the “universal museum”, a concept developed in the West in the late 18th century. Shadows, reflections, interstices and optical mystery highlight the poetic nature of his work.