The exhibition focuses on expanded cinema, a film movement which came to prominence in Britain in the early 1970s, at the time Sherwin started making films. It is a group exhibition selected by British artist-filmmaker Guy Sherwin. 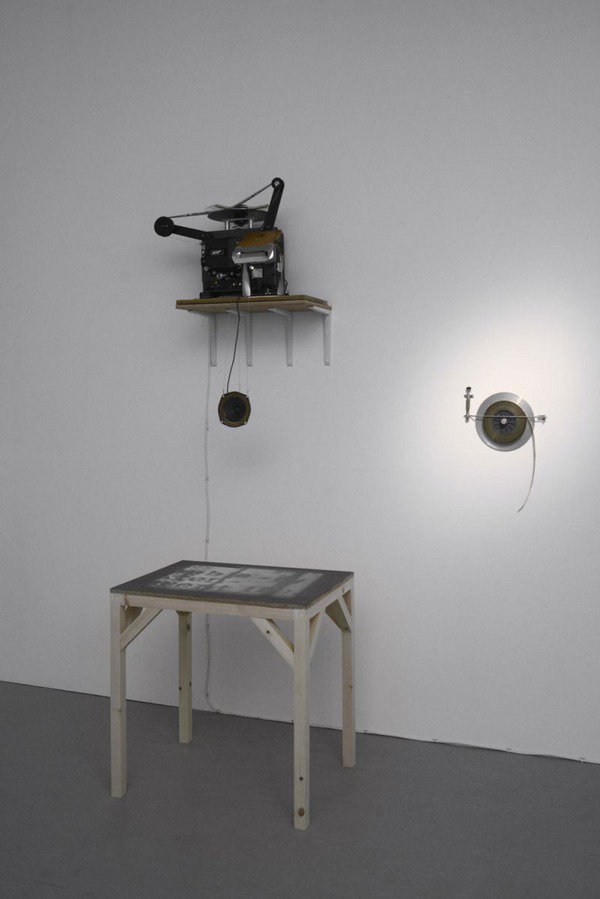 Film in Space is a group exhibition selected by British artist-filmmaker Guy Sherwin. The exhibition focuses on expanded cinema, a film movement which came to prominence in Britain in the early 1970s, at the time Sherwin started making films. The movement was closely associated with the London Filmmakers’ Co-operative, an organisation set up in 1966 by artist-filmmakers to exhibit and produce experimental film work which challenged mainstream cinema. Sherwin worked at the LFMC in its early years and was highly influenced by his experience. For Camden Arts Centre he has selected a number of key works from this period and is showing them along with works by younger artists who are continuing to experiment with the versatility of analogue media, as well as others who have started to take on board the advent of digital technologies. Throughout the exhibition there is an emphasis on film, light, and sound as material to be constantly re-worked, manipulated and experimented with.
Traditionally, works of expanded cinema were not produced for exhibitions but were made as live projection events often using multiple 16mm projectors and performed in alternative spaces, largely bypassing cinemas and galleries. This exhibition includes several film works from this period that have been adapted to Camden Arts Centre’s galleries. In order to include a variety of works Sherwin has selected a programme for two galleries which changes throughout the exhibition. Predominantly focusing on works by British filmmakers he has included seminal pieces from the ad hoc group Filmaktion: Malcolm Le Grice, Gill Eatherley, William Raban and Annabel Nicolson as well as installations by Steve Farrer and Chris Welsby and new commissions by Lucy Reynolds and Simon Payne.

Sherwin has selected a programme for two galleries which will change throughout the exhibition. The changing programme is as follows:

Film in Space is the latest artist-selected exhibition following on from Simon Starling's Never the Same River (Possible Futures; Probable Pasts), Paulina Olowska’s Head-Wig: Portrait of an Exhibition and Steven Claydon’s Strange Events Permit Themselves the Luxury of Occurring.

With support from LUX, David Leister and Kino Club