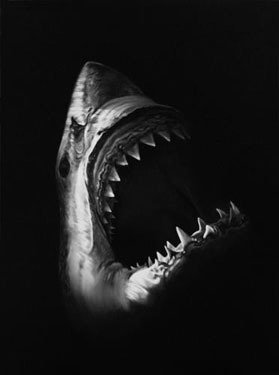 Theatrical gestures are nonverbal signals presented on stage: bodily movements, mimics, tone of voice, dress, music, and stage sets. Such gestures are signs which mediate between the character's actions, his mindset, and his relationships with other characters and with the audience; it is a sign intended to convey information to the audience about both the character and the narrative. The exhibition explores theatrical gestures in contemporary art which are articulated through diverse media.

Theater and the visual arts have been intertwined since time immemorial. Scenes from Greek drama were depicted on vases in ancient Greece; the tableau vivant technique-human figures posed silent and motionless on stage to represent a narrative scene or a well-known painting-was incorporated in European theater in the 16th-18th centuries; 19th century great masters, such as David, Ingres, Delacroix, and Degas, were enchanted by the power of the theater, and attempted to capture its appeal in their paintings.

The 21st century has introduced new arenas for self-representation. Opinions and images are rapidly exchanged in different social platforms, and gestures from our private lives are constantly put on view for all to see. Every person in the world is invited to create multiple personae that will represent him/her on the virtual platform.

Ulla von Brandenburg's show consists of three installations combining video and fabrics. Working in several mediums, including performance, playwriting, and poetry, Von Brandenburg draws inspiration from a wide spectrum of historical and cultural sources, such as literature, psychoanalysis, theater, photography, games, and magic. She creates stratified narratives which delve into the gap between truth and fiction, theater and a perception of reality.

Spanning works from the Angel Collection of Contemporary Art, the exhibition brings together artistic gestures which articulate small and grand actions: iconic compositions, such as the biblical scenes in Adi Nes's photographs, archetypes of life and death, as in Vik Muniz's work, or the story of the Binding of Isaac in Evan Holloway's piece, alongside various instances of human behavior, such as the weeping in Muntean/Rosenblum's work or the cigarette lighting in Matt Saunders's piece.

The stage is habitually filled with furniture, objects and accessories, which serve as symbols, artistic means to transmit messages. Together they construct a décor that makes the drama possible. A process is thus created in which the spectator either becomes absorbed in the work or alienated from it to a voyeuristic point of view, as happens in the case of Mika Rottenberg and Tracey Snelling. Costumes and stage props are also used by Tamy Ben-Tor and Hila Lulu Lin.

Oscillating between exposure and concealment, Chiho Aoshima's and Kent Henricksen's works unfold mini-scenes. Gestures of aggression and domination are presented by Marcel Dzama and MK Kahne. Horror haunts Robert Longo's cinematic scenes, whereas other gestures, such as those seen in Ofir Dor's work, articulate social conflicts.