The Collection of the Museum of Modern Art in Warsaw. Most of the works chosen for the exhibition are emancipatory in nature, attempting to touch on issues which are generally pushed out from the public debate. 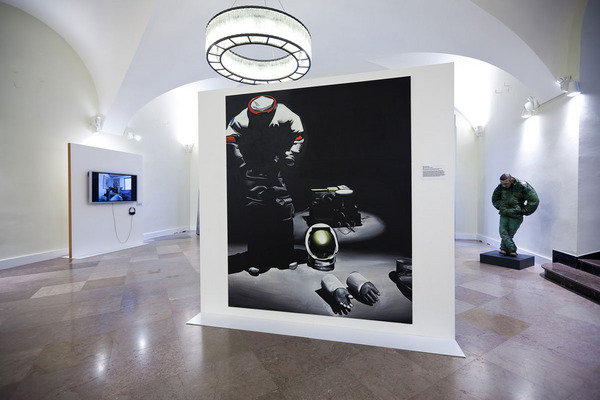 "Today’s Art Makes Tomorrow’s Poland" is an exhibition of selected works from the developing collection of the Museum of Modern Art in Warsaw. The works are presented in a very symbolic place – the seat of the Head of the State. As such, it was intended to be an invitation to reflect on the place of contemporary culture in the pending debate about the shape of the process of Polish modernization.

The Museum is showcasing Polish contemporary artists who each take a different approach on the social and mental changes taking place in Poland after 1989. Most of the works chosen for the exhibition are emancipatory in nature, attempting to touch on issues which are generally pushed out from the public debate. Hence the sculpture Guma by Paweł Althamer, which was made as a joint project together with children and their counselors from the Group of Pedagogy and Social Animation of the Praga Północ district of Warsaw, or the work The Invisible Women of Solidarity by the Croatian artist, Sanja Iveković.

The viewers will also have the opportunity rediscover the famous photograph by Piotr Uklański presenting the image of John Paul II created from the bodies of several thousand of Brazilian soldiers. They will also get an unique chance to see the new paintings by Wilhelm Sasnal. A historical touch of the exhibition lies in the presentation of sculptures and drawings by Alina Szapocznikow, whose art becomes more and more popular among broad audience - both in Poland and abroad.

The title of the exhibition, Today’s Art Makes Tomorrow’s Poland, is a verbatim quote from a work by Cezary Bodzianowski The Prognosis (2012). This claim has been exposed on a banner hanging on the façade of the temporary seat of the Museum at 51 Emilia Plater street, metaphorically creating a link between the space of the Museum and the President’s Palace.