An art exhibition on Europe at the European district in Brussels including works from more than thirty artists from 15 countries. The exhibition deals with the critical fundamentals of the European mind and reflects on cultural freedom from various perspectives. 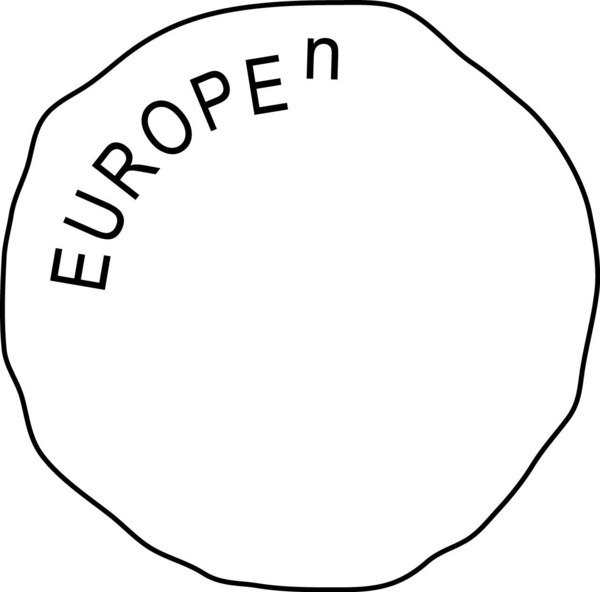 An art exhibition on Europe at the European district in Brussels including works from more than thirty artists from fifteen countries. The exhibition deals with the critical fundamentals of the European mind and reflects on cultural freedom from various perspectives. It will take place at The European Economic and Social Committee (EESC), The European Committee of the Regions (COR) and the Goethe-Institut Brussels.

An understanding of Europe that is pluralistic, heterogeneous and ambiguous forms the basis of the project Europe (to the power of) n, which takes place in Brussels, Istanbul, London, Łódź, Minsk, Novi Sad, Høvikodden/Oslo, Donostia - San Sebastián, and Beijing between 17 July 2012 and 30 April 2013. This transnational project has been made possible through the Excellence Initiative of the Goethe-Institut.

Europe has always been a congeries of people having very different roots and backgrounds, widely diverse ideas and attitudes. The title: Europe (to the power of) n refers to the multiplicity of Europe. De facto there is not one Europe but many, they interconnect and overlap, they repel each other and come into conflict. Evidently, Europe means something else in Belarus than in Poland, Great Britain, Serbia, Brussels, in the Basque Region or in Turkey – not to forget about China. And just as evidently, it makes a difference whether a project takes place in a democratic, liberal environment or within a totalitarian context, in a metropolis or in a small town, whether funding is easily accessible or not at all.

Until now, there are 15 curators, 87 artists, 3 architects and 11 designers involved plus 9 venues, 2 magazines, 11 institutions, 5 regional and 10 local Goethe-Institutes. The sheer numbers show a multiplicity of views coming in that is essential for Europe (to the power of) n. The topics addressed in the project revolve around the relationship between the individual and society, forms of social organisation, and of living together. They address society, community, being-in- common – and how to organise this being-in-common. The art works speak of the friction and potential that arises when conflicting cultures meet and they speak of asymmetries in social relations, all topics more than relevant when it comes to Europe. For each venue a specific focus and presentation has been developed, asking from various perspectives what Europe could be nowadays. Common formats connect and mediate the individual projects. Europe (to the power of) n asks how we could speak of “us” in the sense of plurality, without transforming this “us” into a substantial and exclusive identity.