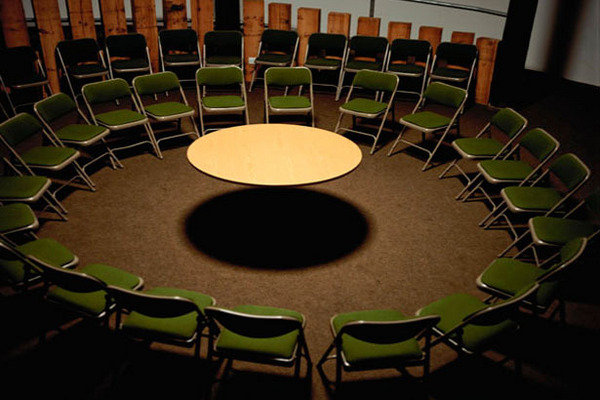 Geert Goiris's (b. 1971, Belgium) photographs reflect on the fundamental tension between perception and reality. In his work, time and space disappear in the interplay of form, abstraction, light and depth. Primarily using photography, Goiris's practice documents strange sites and unusual encounters with subjects that appear distinctly out of place, whether a rock formation, an abandoned house or a deformed lamb. His technique reflects the unnaturalness of the situations he registers, using prolonged photographic exposure to lend his pictures a surreal quality. Constantly traveling in search of images to complement his singular lexicon, Goiris has evolved a body of work, which he describes as 'Traumatic Realism.' His images of melancholic architectural spaces and utopian landscapes with traces of human presence are often very alienating and seem to be fictitious spaces.

The exhibition brings together both existing and new work by Geert Goiris. It is his most comprehensive solo show until now. For M, Goiris has selected the new slide projection Monolith and photographs from the new series Adieu and Fragments. Curator: Eva Wittocx.

Goiris's work has been widely exhibited and has also been included in many group exhibitions. He is represented by Art:Concept Gallery, Paris and Catherine Bastide Gallery, Brussels. Parallel to this exhibition the monograph Geert Goiris – Lying Awake, published by Roma, will be presented.

Since 1996 Saskia Olde Wolbers (b. 1971, the Netherlands) has been making short videos that take up the relationship between the unknown and the familiar, between truth and subjectivity. In her intricately crafted videos, a voice in first person narration talks about associative imagery as an intuitive visual guide. Her visuals feature strangely animated semi-figurative shapes, bouncing surfaces, unbalanced institutional architecture and randomly rising and falling bubbles. The process of image making is an experimental, completely analogue process, where temporary and unstable miniature film sets are dipped in paint and filmed under water. The first person point of view for these unique fictionalized documentaries results from real-life events through a process of research, led by chance.

M is presenting three recent narrative pieces and one silent work. The work of Olde Wolbers is presented by Maureen Paley London and Diana Stigter Galerie in Amsterdam.

In the exhibition Blijven Kijken / Ce qui nous regarde / Dropouts, artists experiment with materials from their medium. They search for the moment at which images appear: in the encounter of two pixels, in the introduction of a new technology, in a particular way of listening or in exploring a medium. Other artists will show where images disappear: due to an excess of pixels, the democratisation of a technology, a deafening sound or eliminating a feeling.

Blijven Kijken / Ce qui nous regarde / Dropouts is situated in the tension between politics and aesthetics. It starts with the selection of an aesthetic and ends with a form of politics. These media artists also reflect on the materials they use. Each in their own way, they explore the boundaries of representation: the (in)visible, the other, the personal, that guarantees maximum involvement.