And the One Doesn't Stir without the Other

The title of the show 'And the One Doesn't Stir without the Other' is taken from the title of an essay by French philosopher Luce Irigaray. The essay explores the complexities of mother-daughter relationships in patriarchal societies and provides a starting point for the exhibition. The exhibition addresses this theme within the broader context of feminine desire and its fulfilment through the presentation of work by leading women artists who have clearly contributed to the development of feminist art practices. 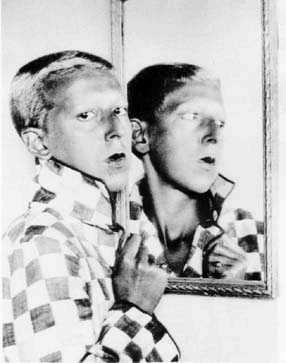 OBG Guest Curator Programme was established to enable artists/curators to develop exhibition proposals specifically created for Ormeau Baths Gallery. The programme facilitated by gallery staff and resources has contributed to the diversity and importance of rigorous curatorial practice advanced by the gallery. Ruth Jones and Ursula Burke this year's participants in the programme have created an exhibition drawn from artists whose work is both culturally diverse and intergenerational. The title of the show 'And the One Doesn't Stir without the Other' is taken from the title of an essay by French philosopher Luce Irigaray. The essay explores the complexities of mother-daughter relationships in patriarchal societies and provides a starting point for the exhibition. The exhibition addresses this theme within the broader context of feminine desire and its fulfilment through the presentation of work by leading women artists who have clearly contributed to the development of feminist art practices such as Hannah Wilke, Helen Chadwick, Claude Cahun and Ana Mendieta.
Alongside these seminal artists, the exhibition includes works by current artists such as Lucy Gunning, Jananne Al-Ani, and Sandra Johnston whose practices have drawn on the legacy of feminism but explore issues surrounding feminine subjectivity and its representation in the context of contemporary culture.

Hannah Wilke's work generated a lot of controversy during the late 60's and 70's in relation to her sculptural forms which resemble female genitalia and the use of her naked body for stills, films and performances. She was critical of women's traditional position in artworks as 'the anonymous figurine, the object for the men to construct or deconstruct' and wished to 'create an iconography about a woman by a woman'. While some critics have labelled her artworks narcissistic, her playfulness and wit revealed in both the works and their titles suggests more that she uses narcissism and voyeurism strategically in order to reclaim woman's body and image for herself. In other works such as Portrait of the Artist with her Mother, Wilke pays homage to her mother's courage when faced with terminal cancer.

Ana Mendieta was sympathetic towards American feminism, but she saw it as 'basically a white middle class movement' and saw her own position as an ethnic minority as being radically different and requiring different strategies. While in many of her earlier performance work she used the physical presence of her body as a medium and transmitter of her art, the Silueta series marks a time when she removed her actual body from the work, but left a trace of its absence-in-presence.

Claude Cahun employed an endless number of masks and postures as a means to explore identity through playing with absence. In a similar way to Wilke, Cahun, by directing and staging the shots which include herself, becomes both the object and the subject of her practice. Before she removed herself from the praxis of literary and artistic circles in France, Cahun was involved with the surrealist movement and she shared their fascination with the fragmentation of identity. Cahun repeatedly explores the negation of the self in order to challenge and resist the normative heterosexual female destiny, which Freud proposed is every woman's lot.

Helen Chadwick has stated that 'the body is the most direct means an artist has to explore notions of identity'. Rather than presenting a sanitised and pleasing image of the body, Chadwick often confronts the viewer with an uncomfortably close experience of matter. Her works, such as the Wreaths to Pleasure often operate as a celebration of life's inevitable and immanent decay, which can be a source of pleasure rather than of fear. Cacoa wickedly both complies with and subverts patriarchal concepts of pleasure and the gaze. Playing with the advertiser's link between sex and chocolate, the circular structure with its central 'phallic' fountain is sickeningly seductive. By appealing to all the senses, the work successfully undermines the patriarchal privileging of sight, pointing instead towards and interplay of all the senses, which may equate more closely to women's pleasure.

Lucy Gunning's video work The Horse Impressionists explores alternative economies of desire and the fragmentation of the human subject. Gunning filmed five women whinnying like a horse in public places. The sound and the image are strangely compelling, drawing the viewer towards these women who not only seem to be sharing an incomprehensible language of their own, but are also experiencing pleasure through the expression of it. Not only does the borderline between human and animal becomes increasingly difficult to recognise, but also the dominance of conceptual language and we are also reminded that language emerges from the body.

Jananne Al-Ani explores inter-subjective relationships between mothers and daughters in her video installation A Loving Man tells the story of the family's separation from the husband / father who remained in Iraq when the rest of the family came to England during the Gulf War in the early nineties. The story unravels, not as a linear narrative, but as a word game, which calls into question the possibility of a single correct and authorised text. Although ostensibly, the 'subject' of the work is the father, what emerges is a deep bond between the five women in the contradictory emotions that his absence has evoked.

Sandra Johnston uses her body as a tool for both reconfiguring memory and communicating with others in ways which question the distant and disembodied rationalism of conceptual language frameworks which dominate western philosophy. For this exhibition, Johnston has created a new installation work which incorporates a live element.

On Saturday 26th August, Sandra Johnston will be making a durational work which will be open to the public for the last hour from 9:30pm

A public seminar chaired by Prof. Hilary Robinson will take place on Wednesday 5th August @7pm at The Ormeau Baths Gallery in order to contextualise the exhibition. Guest speakers include Whitney Chadwick and Pat Murphy. Film screenings of work by artists in the exhibition and other relevant works will take place on 29th and 31st July @7pm at The Ormeau Baths Gallery.