An exhibition focused on the unique visual vocabulary and radical works of Luciano Fabro, Jannis Kounellis, and Mario Merz. Their works works expanded this question to challenge the artist's individual place in society and to push art's boundaries beyond traditional painting and sculpture. 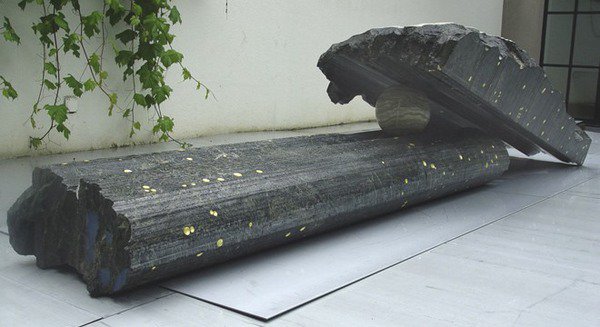 Galerie Lelong is pleased to present Che Fare?, an exhibition focused on the unique visual vocabulary and radical works of Luciano Fabro, Jannis Kounellis, and Mario Merz. The exhibition title, translated as What is to be done?, is derived from a series by Merz named after Vladimir Lenin’s 1902 pamphlet on the importance of the intellectual’s role in revolution. Merz, Fabro, and Kounellis’s work expanded this question to challenge the artist’s individual place in society and to push art’s boundaries beyond traditional painting and sculpture. Che Fare? opens to the public on February 21, 2013 with a reception from 6 to 8pm.

Beginning in 1967, critic and curator Germano Celant championed a group of artists working in post-war Italy who used humble materials and everyday objects to intersect art and life. Influenced by a period of intense political and social change in Europe, Luciano Fabro (1936-2007), Jannis Kounellis (b. 1936), and Mario Merz (1925-2003) emerged as three significant artists of the movement who regularly showed together during the late 1960s and early 1970s in Rome, Turin, Milan, and Genoa.

They protested consumerism by showing art that had an anti-elitist aesthetic in non-traditional spaces. Art and life intertwined in their practice and in the presentation of their works. Not only did these three share artistic concerns and exhibit together throughout their careers, but they also had personal friendships and a mutual respect for one another.

Luciano Fabro challenged viewers’ perceptions of familiar forms by employing both unorthodox and traditional materials to create architectural forms, many of which are scaled to human proportion. Inverno (2007), created the year of his death, is a large floor sculpture resembling a broken column or ruins from an ancient building. Two raw-edged, marble components flecked with gold constellations are precariously balanced with a smooth marble ball. Fabro often contrasted concrete and metaphorical space in his work, achieving a poetry manifested in the physical. As in Inverno, the metal work Ruota (1964/2001) uses balance and weight to evoke an immanent space.

Jannis Kounellis responded to the alienation of contemporary society in Europe by creating environments in which spectacle and grief comingle. In order to communicate this, he used industrial and organic elements in his installations, paintings, and sculptures, such as coal, burlap sacks, coffee, metal, and live animals. Such materials are reminiscent of his surroundings as a youth in the harbor town of Piraeus, Greece.

Kounellis chose the mixed element work Untitled (1993-94) to “converse” with Fabro’s Inverno for a recent exhibition. His extended metal base mirrors Fabro’s dense, marble form. The slender, metal beam balanced on bags of coal elicits a similar feeling of imminent collapse. Coal, signifying carbon and fire, is often a component in his work. It is also utilized as a repeating element in the monumental wall relief, Untitled (1991).

Mario Merz explored the concrete and the abstract through mathematics. He was fascinated with the Fibonacci sequence, a naturally occurring progression of numbers. Merz explored this sequence in his signature igloo works composed of a wide range of materials, from neon tubing to pinecones, such as in La casa del giardiniere (1983-84). By using these diverse materials and a pattern that occurs in the natural environment, Merz sought to infuse his works with energy. The large, vibrant work Untitled (1978) merges painting and sculpture by presenting spirals and Fibonacci numbers on a canvas held up by an easel.

Fabro, Kounellis, and Merz broke down the barriers between art and life, radically defying Modernist tradition and forging the way for future generations to bring social awareness and contemporary life into their creative practice. Although they emerged in the 1960s, Fabro, Kounellis, and Merz’s art continues to influence artists working today who reject the institution of art by shunning convention, commercialism, or art world establishments.