'The Phantom Sex', by Hoey, is a series of 12 new photographs of figurative casts and molds record the shell of a female. In 'pain(t)ology and other trials', Skreber continues to mine the contradictions of popular imagery through both conceptual and formal variations. 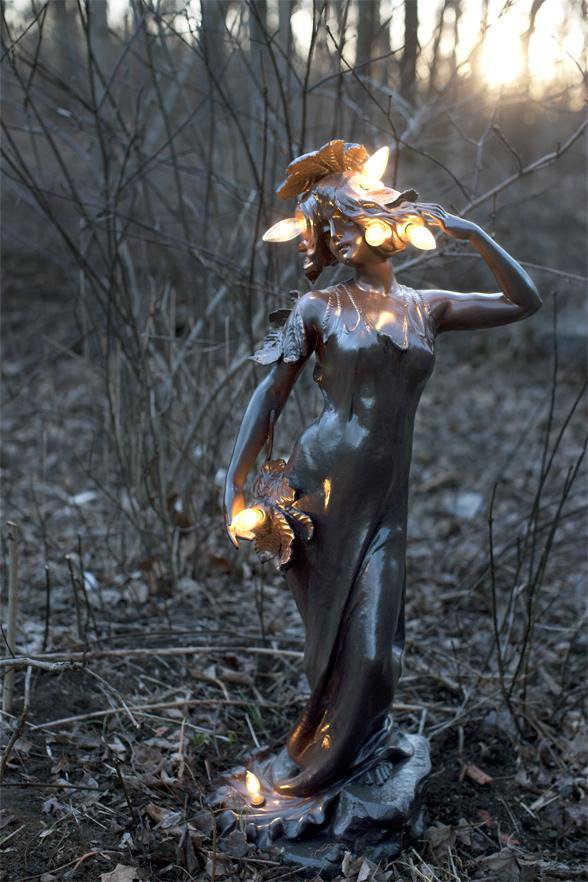 The Phantom Sex is a series of twelve new photographs. As if engaged in the futile search for the elusive, essentialist “woman,” Hoey’s photographs of figurative casts and molds record the shell of a female, both literally and figuratively. An Art Nouveau figure, a Dutch Orientalist sculpture, a “death mask” of the actor Sean Young - all of these perversely unrealistic objects serve to unseat and unmask the girlish ideal. Among other materials, Hoey has cast her face and her best friend’s body in such grotesque detail that they leave only a trace – not a picture of a person – but a picture of a three dimensional record of a person, a ghost.

In 2012 Dana Hoey had a survey exhibition at the University Art Museum at Albany, New York. Her work is included in numerous collections, including the Hirshhorn Museum and Sculpture Garden, Smithsonian Institution, Washington, D.C.; University Art Museum, Princeton University, New Jersey; the San Francisco Museum of Modern Art; and the Solomon R. Guggenheim Museum. She received a B.A. in philosophy from Wesleyan University and an M.F.A. in photography from Yale University. She lives and works in upstate New York.
---
Dirk Skreber - pain(t)ology and other trials

In his new exhibition, pain(t)ology and other trials, Dirk Skreber continues to mine the contradictions of popular imagery through both conceptual and formal variations. These polarized elements exist in tandem but simultaneously threaten a collapse or confusion of pictorial meaning. Skreber’s subjects tumultuously balance violence and beauty, catastrophe and calm, safety and fear, both in their immediate aftermaths (billowing explosions and the wreckage of terrorist attacks) and their potentiality as a quiet threat (a single missile-mounted predator drone taxis across two canvases worth of an unidentified American floodplain).

Center to exhibition is the sculptural installation PRC. Through researching an archive of images found on the internet, Skreber has scrupulously reconstructed the brown metallic cage used in the trial of Nadezhda Tolokonnikova, Maria Alyokhina, and Yekaterina Samutsevich, the three members of the feminist punk collective Pussy Riot.

This odd piece of furniture, used in Russian courtrooms for dangerous criminals, ironically became the stage set that propelled the punk band to international fame after their conviction of hooliganism (a two-year sentence for staging a protest song in Moscow’s Cathedral of Christ the Savior). The sculpture raises questions about the distribution and control of speech in a world in which the internet’s real-time free flow of information can coexist with autocratic rule.

Dirk Skreber (born 1961, Lübeck, Germany) has had solo exhibitions both nationally and internationally at the Staatliche Kunsthalle Baden-Baden; the Museum Franz Gertsch, Burgdorf; the Frans Halsmuseum, Haarlem; and the Aspen Art Museum. His most recent survey exhibition, Dirk Skreber. NDAA - Der Na(h)tanz Hummer II at the Leopold-Hesch-Museum & Papiermuseum in Duren in 2012 was accompanied by a comprehensive monograph. He will have an upcoming exhibition at the Milwaukee Art Museum later this year. Dirk Skreber lives and works in New York.

Opening reception for the artist February 21st from 6 to 8pm.