The Arts University College at Bournemouth - The gallery

The Arts University College at Bournemouth - The gallery, Poole

While some artists use video to challenge our assumptions about the mimetic nature of the medium, the curatorial focus of the exhibition is on the relationship between performance and video, what reaction the works create in the audience and the subject matter as a catalyst for dialogue. Works by Jake and Dinos Chapman, Paul McCarthy, Almagul Menhbayeva, Huang Ran's Disruptive, Guido van der Werve and many more. 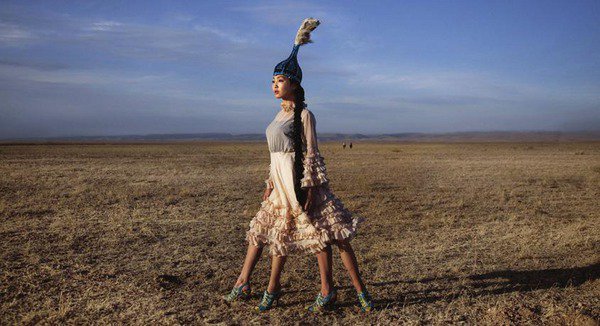 41 Reasons We Still Need Superman is an extensive overview of video work from the last 15 years. In true Myspace/Facebook fashion, the selection is personalised and intentionally unprivate, customised and compartmentalised yet available to all.

Tim Crowley, the Head of Historical and Critical Studies at the Central Academy of Fine Art, Beijing and Independent Curator from the UK, devised the touring exhibition 18 Reasons We Still Need Superman in the spirit of a modern day Ken Kesey and the Merry Pranksters tour.

The exhibition was launched in 2009, in each consequent destination, one or two more works were included by locally based curators, adding to the repertoire. There are now forty one video works that form the exhibition, hence its ever changing title while touring. We live in the era of iPod shuffle. The exhibition targets the interest of artists in investigating how images operate and construct our understanding of the world. They explore aesthetic concepts, everyday narratives, and sociopolitical realities and utopias. Contemporary reality is an assemblage of whatever grabs our attention and the exhibition proposes that these works play part of the contemporary reality collage of the viewers, informing an alternative kind of map. While some artists use video to challenge our assumptions about the mimetic nature of the medium, the curatorial focus of this exhibition is on the relationship between performance and video, the reaction that works create in the audience and the subject matter as a catalyst for dialogue.

In Hong Kong and Beijing, the exhibition was shown in cinematic spaces; in Mumbai it was shown in a commercial gallery; in Delhi in the form of a seminar: in Tokyo in 3 destinations simultaneously and at the Mercosul Biennal as a work of art. Here at TheGallery, AUB, 41 Reasons We Still Need Superman will be exhibited within a gallery context.

He was editor-in-chief of Tema Celeste and Art Index hosting a weekly Television programme for Bloomberg Italia in Milan between 1999-2004. He has published on a wide variety of artists and art institutions in magazines and newspapers including Tema Celeste, flash Art, Art Index, Artinvestor, Corriere della sera and la Repubblica as well as publications for Art HongKong 2012 and Artstage Singapore 2012, 2013.

He was an invited speaker at Art Basel from 2000-2004, Artbasel Miami beach 2003-2005. He is currently the co-curator of Kino der Kunst, Munich film festival 2013. Tim Crowley has a broad academic background both in Europe and Asia. He graduated from University College London with a BA in Art History specialising in photography and from Chelsea College of art with an MA in Curating. He has been Academic Coordinator of the International foundation course and Head of Historical and Critical Studies at the Central Academy of Fine Arts, Beijing for the last 8 years.

To book and for further information on the above event please contact TheGallery Office on gallery@aub.ac.uk or tel: 01202 363272.