Dia Center for the Arts

Fourth edition. The 2013 roster includes 40 galleries and non-profit spaces representing fourteen countries, in addition to publishers and bookmakers whose booths will be housed in the Christian Wassmann-designed rooftop pavilion. 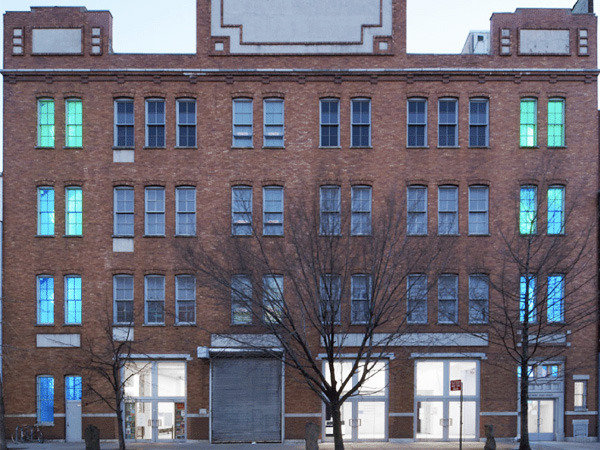 The fourth edition of Independent, scheduled for March 7-10, 2013 will return to its former location at 548 West 22nd Street between 10th and 11th Avenues in the heart of the Chelsea gallery district.

This year’s edition will feature over 40 international galleries and non-profit institutions representing fourteen countries. Independent will also highlight the presentation of international publications Mousse, Bidoun, and DAP housed within the commissioned rooftop, designed by architect Christian Wassmann. Wassmann will also collaborate with Independent on the architectural design of the exhibition space, which will reflect the spatial and curatorial concerns of the galleries and institutions.

This year’s edition will be dedicated to the non-profit institutions in New York that were hit hardest by Hurricane Sandy. Chelsea-based organizations The Kitchen and Printed Matter will participate for the first time at Independent presenting their programs.

Independent is also pleased to announce the Privatus Prize for the 2013 edition. This $10,000 prize will be awarded by a curatorial jury to a gallery or institution in support of outstanding curatorial work at Independent.

In collaboration with media partner Mousse (Milan), a limited-edition publication that reflects the ever-evolving spirit of Independent will debut at the fourth edition of the exhibition.

Independent was conceived by Elizabeth Dee and Darren Flook and developed in conjunction with creative advisor Matthew Higgs and Co-Directors Jayne Drost Johnson and Laura Mitterrand.

The former Dia Foundation building
548 W 22nd Street, on the south side between 10th Avenue and
the West Side Highway, New York, NY
Thursday 4pm – 9pm
Friday and Saturday 11am – 8pm
Sunday 11am – 4pm

stampa
permanent link
Dia Center for the Arts
IN ARCHIVIO [4]