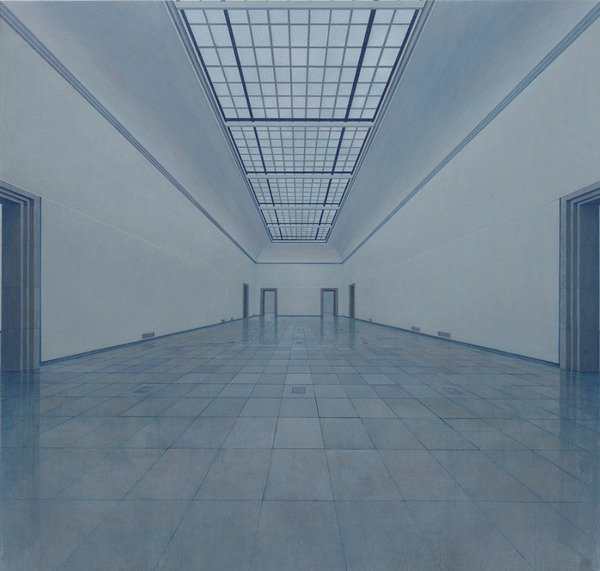 Yishai Jusidman (b. Mexico City, 1963) finds in his new series, Prussian Blue, an alternative way to address the meeting of collective memory and aesthetics in order to deal with major concerns of both contemporary memorials and history-based artistic deliverances, as well as with some often overlooked sources that contemporary paintings may exploit. Responding to an ethical imperative inspired by the works of Primo Levi and Claude Lanzmann as a means to focus on issues of representation, memory, and trauma, Jusidman aims to render a truth that asserts his artistic investigation on the complexity of our contemporary visual experience: through a place where the materiality of the medium and the perception of the image collate in the meaning of the picture. Curated by Gabriela Rangel. (Image: Haus Der Kunst, 2011; from the series Prussian Blue. Image courtesy of the artist)