A View of New York's Lower East Side. The show is a group exhibition featuring eight artists whose work exemplifies the alternative scene in New York City's burgeoning Lower East Side art district. 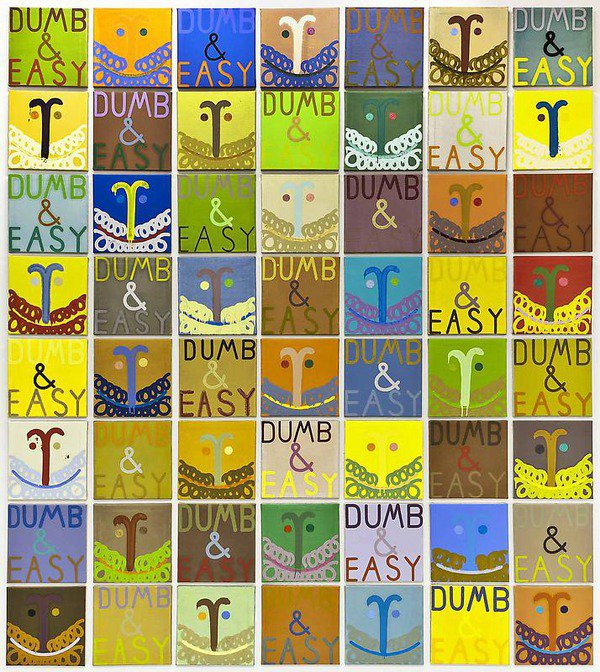 James Cohan Gallery Shanghai is pleased to announce DOWNTOWN: A View of New York's Lower East Side opening on March 8. Organized in New York for the gallery’s Shanghai space, DOWNTOWN is a group exhibition featuring eight artists whose work exemplifies the alternative scene in New York City’s burgeoning Lower East Side art district. For the artists included, this exhibition marks the first time their work will be shown in China. A bi-lingual catalog of the exhibition accompanies the exhibition.

In assembling this exhibition, DOWNTOWN provides a snapshot of what is on view in eight prominent LES galleries. As the oldest neighborhood in New York City, the LES has been home to waves of immigrants from Eastern European Jews, Poles and Ukrainians to what is today the heart of New York’s Chinatown. Throughout the neighborhood, galleries can be found tucked into small storefronts, up narrow staircases, and more recently in newly-built white box spaces. Progressive gallery models are thriving; they are incubators of the most exciting emerging artwork being made today. The close-knit community of artists and art dealers attracts well-heeled crowds to this former working class neighborhood, shifting the associations of the old world to the new. In the spirit of cultural exchange, this exhibition brings the best of the LES scene to audiences in Shanghai.

DOWNTOWN was developed in collaboration with the LES galleries who represent the artists presented in the exhibition. It was curated by Jessica Lin Cox and William Pym of James Cohan Gallery, New York.

The accompanying publication traces the evolution of the idea of 'downtown' as an attitude as much as a place. An essay by the curators charts the history of the downtown art scene in New York and the parallel social and cultural contexts from the late 1960s to the present. Interspersed throughout are first-person narratives from the artists and gallerists in the show who talk about what the LES means to them. The effect for the reader is as if overhearing snippets of life lived by artists and art professionals on the scene. In keeping with the show’s theme, the publication has been designed by Project Projects, an internationally celebrated design firm as well as a grassroots member of the LES community.

Press Preview for US press at JCG New York on March 8 at 10:00am