Nasrin Tabatabai and Babak Afrassiabi not simply feature materials from two archives - Western modern art from the Tehran Museum of Contemporary Art and British Petroleum - but rather appropriate some of its features into new objects and images. The point of departure for artist Ingela Johansson's project is the wild strike which broke out in December, 1969 in the iron ore fields in Norrbotten. 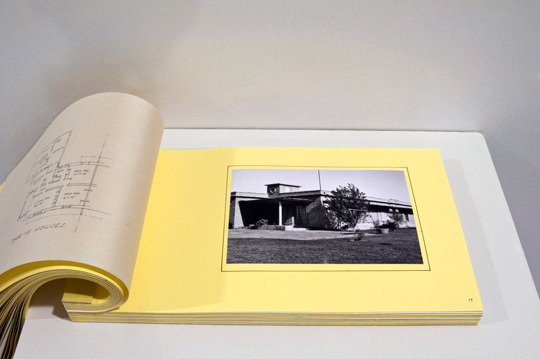 In 2011 Nasrin Tabatabai and Babak Afrassiabi began a series of works which depart from two archives/collections of the 20th century. One is the collection of Western modern art from the Tehran Museum of Contemporary Art—a large collection that was inaugurated in 1977 together with the opening of the museum as part of the government's rapid modernization project in various fields, including culture. The other archive is that of the British Petroleum (BP) related to the company's origin in Iran from 1901 to 1951, when it found the first oil in the Middle East. This archive was produced simultaneously with the company's rapid growth in Iran as Britain's biggest foreign asset and the building of the city of Abadan for its employees.

The works they have been developing since 2011 do not simply display materials from the archives, but rather appropriate some of its features into new objects and images, from which a selection will be shown at Tensta konsthall (February-May 2013). In returning to these two archives, the artists seek to retroactively reenact an open-ended and indecisive historiography of modernity.

Tabatabai and Afrassiabi have been collaborating together under the name Pages since 2004, involving in various joint projects and the publication of a bilingual magazine in Farsi and English. They are based in Rotterdam and work both in Iran and the Netherlands. Their projects and the magazine's editorial approach are closely linked, often beginning with addressing unresolved moments in the experience of modernity in Iran, which they re-articulate into reflections on contemporary art and artistic practice.

The point of departure for artist Ingela Johansson’s project is the wild strike which broke out in December, 1969 in the iron ore fields in Norrbotten, the far north of Sweden. The strike spread from Kiruna to Svappavaara and Malmberget and after a few days, involved some 5000 miners. Through NLF (National Liberation Front/Vietnam) and other local political groups, many people working in culture expressed solidarity with the miners and engaged themselves in their situation.

Ingela Johansson’s project encompasses various investigations of the strike and these are materialized in different ways. One is an exhibition of the Gruvarbetarnas strejkkonstsamling (The Miners’ Strike Art Collection), art that was collected during the strike in support of the strike fund, to which some 80 artists donated work, including artists such as Albin Amelin, Siri Derkert, Lars Hillersberg and Berta Hansson. At present the collection is under the auspices of the municipal Gällivare Museum. Ingela Johansson’s project also contains edited archive material, a series of photographs and dramatizations based on strike documents.

At Tensta konsthall, The Miners’ Strike Art Collection and other material will be shown from 14 March to 26 May, 2013 as a part of the gallery’s ongoing work with archives, libraries and collections. During the exhibition period a seminar series will be arranged in collaboration with ABF.

Another part of Ingela Johansson’s project is a book which has been produced at Konsthall C in collaboration with the poet and designer, Martin Högström. The book focuses on how the miners’ strike brought together the 1968-movement, popular movements and the working class Left. The strike is depicted through a montage of documentary materials, play manuscripts, texts and contemporary interviews. An important point of departure for the book is the cultural productions that were created in conjunction with the strike. The cultural workers' engagement in social and political movements and democratization processes during 1968 has been added to the history of the strike. In addition to The Miners’ Strike Art Collection, these include Sara Lidman’s and Odd Uhrbom’s reportage book, Gruva (The Mine), the documentary film, Kamrater, motståndare är välorganiserad (Comrades, the opposition is well organized), and performances of theatre groups such as the NJA group and Teater Narren.

Part of the project has been produced within the framework of Kirunatopia, a residency programme initiated by the Goethe Institute, Sweden and Konsthall C in cooperation with the municipality of Kiruna and the Art College at Umeå University, the Bildmuseet and Gällivare Museum. The project has been subsidized by the Swedish Arts Grants Committee.