Out of the Ordinary

Drawn from the museum's collection, this exhibition brings together works that use the processes of copying, faking, and duplicating as strategies of artistic invention. The artists in this show similarly adopt commonplace items and established images as their points of departure. The results are both recognizable and strange, existing somewhere between realism and fantasy. 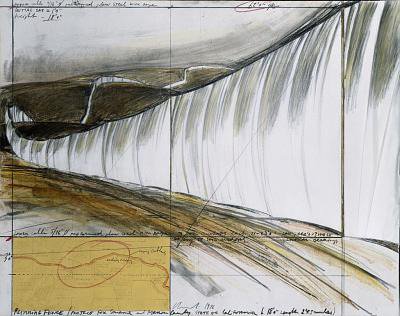 “Out of the Ordinary,” an exhibition of works from the Hirshhorn Museum and Sculpture Garden’s collection that employ processes of copying, imitating and duplicating, runs through May 19. Featuring artists such as Richard Artschwager, Vija Celmins, John Gerrard, Nikki S. Lee, Roxy Paine, Gerhard Richter, George Tooker and Rachel Whiteread, the exhibition ranges from sculpture, painting and drawing to photography, slide projection and digital animation. Frequently adopting commonplace items and established images as their points of departure, the artists produce results that are at once recognizable and strange, existing somewhere between realism and fantasy.

Many of the pictorial works in the exhibition reference photographic images rather than direct reality, drawing attention to a multilayered process of representation. Celmins’ carefully rendered drawing “Untitled (Double Moon Surface)” (1969) is a picture of a picture, not a picture of the moon. Yasumasa Morimura’s “Self Portrait (Actress)/After Marlene Dietrich 2” (1996) presents a reliable likeness of neither the film star nor the artist himself, but is instead a skillful and conceptually loaded restaging of an iconic publicity still. The carousel of slides in Kota Ezawa’s “History of Photography Remix” (2004–06) contains his drawings after an idiosyncratic array of art photography, photojournalistic images and amateur snapshots, achieved through a combination of hand-tracing and digital manipulation. When an image derived from an artwork by Richard Prince appears on the screen, what is seen is an illustration of an appropriation of an advertising image based on myths of the American west.

The sculptural works in the exhibition often transform mundane objects in ways that question or nullify their original purposes. Robert Gober’s “Untitled” (2003) enlarges a stick of butter to surreal proportions; the measurements on its wrapper, writ large but otherwise unchanged, refer to the absent original. Christo’s “Green Storefront” (1964) is an actual-size model of the entrance to a small shop. But fabric obscures the windows, negating any function they had as showcases. The hundreds of figurines in Katharina Fritsch’s “Display Stand with Madonnas” (1987–89) are duplicates of a souvenir of Our Lady of Lourdes. If supermarket-style repetition erodes the individuality of these devotional objects, they are made unusual again, though not unique, by coatings of brilliant yellow paint. Artschwager’s “Two Indentations” (1967) alludes to function only to deny it. This Formica-surfaced wall relief displays the scale and craftsmanship of furniture, but its form is imaginary, corresponding to no “real” purpose.

Several of the works have no “originals,” being, in fact, closely observed fictions. To create the hyperrealistic “New Fungus Crop” (1999), a sculptural depiction of a patch of mushrooms so detailed it could be a diorama in a natural history museum, Paine turned to his in-depth knowledge of flora rather than replicating particular specimens from a collection. Similarly, when Lee created snapshot-like images in which she cast herself as a member of dissimilar subcultures—adopting the costume, posture and skin tone of skateboarder or rapper or senior citizen—she drew on generalized ideas about the identities of various groups rather than imitating specific individuals.

There is something real and yet not real about the works in “Out of the Ordinary.” By rendering the familiar strange, they open up the everyday, suggesting meanings hidden in plain sight.

“Out of the Ordinary” is organized by assistant curator Melissa Ho.

Related Programs
The Hirshhorn offers a range of interactive educational experiences designed to engage people of all interest levels in contemporary art. The ongoing Meet the Artist series features two artists in the exhibition. On Wednesday, March 27, at 6:30 p.m., in the Ring Auditorium, Christo will deliver a lecture on his and his late wife’s work titled “Christo and Jeanne-Claude: Two Works in Progress.” He will discuss two ongoing projects: “Over the River,” 5.9 miles of fabric panels to be temporarily suspended above 42 miles of the Arkansas River in Colorado, and “The Mastaba,” the largest sculpture in the world and the pair’s only permanent large-scale work, to be located near Abu Dhabi. On Thursday, May 2, at 7 p.m., in the Ring Auditorium, Ezawa will present “A History of ‘Poor Animation.’” Artists, scholars and other experts address “Out of the Ordinary” in depth in several Friday Gallery Talks; visit hirshhorn.si.edu for a complete schedule. The museum’s library of podcasts, archived on its website, makes gallery walk-throughs and interviews with artists accessible internationally.

Hirshhorn Museum and Sculpture Garden
Independence Avenue and Seventh Street S.W.
open daily from 10 a.m. to 5:30 p.m.
Admission to the galleries and special programs is free