The chronological starting point of the exhibition is the turn of the 19th and 20th centuries, when not even the traditional values of masculinity were spared by the crisis of identity. The new masculinity does not view cultural roles as naturally given, but rather revolts against them, smashing taboos and unveiling fetishes. Works by Matthew Barney, Louise Bourgeois, Jean Cocteau, Regina Jose' Galindo, Gilbert & George and many more. 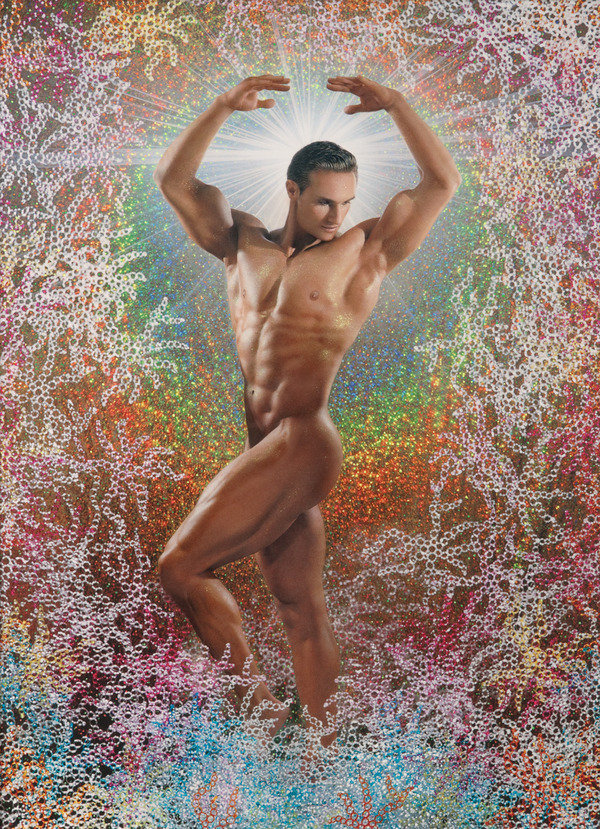 While the naked female body or nude is an accepted theme in art, the unclothed male body has appeared over the centuries, ever since classical antiquity, solely through depictions of the hero or martyr. Today however, the naked male body, provocatively revealed in contemporary art, is far from a heroic figure. The exhibition The Naked Man examines the ways in which the appearance of the naked male body has changed and been transformed over the last century. The changes in the male image from the end of the nineteenth century till today are traced through eight thematic areas.

The chronological starting point of the exhibition is the turn of the 19th and 20th centuries, when not even the traditional values of masculinity were spared by the crisis of identity, as manifested in the work of such artists of fin de siècle Vienna such as Egon Schiele and Oskar Kokoschka. For modern artists, the stripped down, naked male body was a bearer of revelation, self-knowledge and renewal. From this starting point, the exhibition follows the naked man through 20th and 21st century history, presenting challenges to the hegemonic model of male identity through the work of close to 100 artists, from questioning traditional male role models to the search for alternatives, from facing up to weakness and fragility to exploring the desiring gaze, body worship and the erotic pose.

In the depiction of the undressed male body there are also clues as to the changing social role of men, the formation of male identity, which is inseparable from both changes occurring in society and the workings of power. Power defines the gaze, which for centuries has been in the possession of men, while women have been merely the objects of the gaze. This division of roles between men and women in society was held to mirror the eternal or ‘natural’ order. The exhibition reassigns the roles, since the object of the gaze is no longer women, but men. How far this signifies the loss, sacrifice or transfer of possession of the gaze can be considered in depth with the help of thematically organised artworks.

The stripped down male body is defined by particular points of crisis. In that sense, the very spirit of the life reform movement that appeared at the turn of the century was one in which the naked male body was seen as a harmonious part of nature and a symbol of the desire to renew society. The naked man appears completely differently in relation to homosexuality. The homoerotic gaze eroticised the male body and examined it as an object of desire. The influence of feminism can be felt in artistic approaches that involve putting on make-up, the hiding of the sexual organ, as well as its ‘relocation’ or symbolic loss, all ways in which male artists have called attention to the arbitrariness of the designation of gender boundaries. Indefinable sexual identity, which is adaptive to the role of the opposite sex, is a revolutionary affront to the conventional expectations of traditional notions of masculinity and femininity. Heroic, hard masculinity, the healthy, body radiating physical strength, is a particularly important symbol for dictatorships. The disciplined body that conforms to the rules symbolises dominance over bodies. It is opposite to the anti-hero, the defenceless, vulnerable male body, that of the man who deliberately suffers pain in the desire to get back his lost power.
The man who belongs to a sexual or racial minority, along with the chubby or aging male, is forced out of public space and confined to the private sphere, cut off from the connection of the male body to power. The body symbolises power, which can only truly be possessed if its nakedness is not completely revealed, if the sexual organ remains hidden. One of the last taboos of the cultural sphere of Christianity is the sight of the male sexual organ. After all this, what remains an interesting question is whether the female gaze can be an instrument of power. In addition, how do we view the nude studies that were once an indispensible part of academic artistic training, along with earlier and more recent attempts at depicting naked male models? How do we see the relation between artist and model in the self-portrait, in which the artist uses his own naked body as a terrain for the merciless exploration of the self?

The new masculinity does not view cultural roles as naturally given, but rather revolts against them, smashing taboos and unveiling fetishes. In the region of Central and Eastern Europe the body of the naked man is enriched with further layers of significance. In the art of former socialist countries, the naked male body was seen as an expression of enslavement to the patriarchal system, while gender roles are also worthy of examination in this context. After the collapse of the system, the changed geopolitical order, old and new desires and power relations were inscribed onto the body, shaping the new masculinity.

An exhibition of the LENTOS Kunstmuseum Linz in collaboration with the Ludwig Museum – Museum of Contemporary Art.

Co-curators of the Budapest exhibition from the Ludwig Museum: Hedvig Turai and Kati Simon

The exhibition is accompanied by a comprehensive catalogue jointly published in 2012 by the Lentos Kunstmuseum, Linz, the Ludwig Museum – Museum of Contemporary Art, and Verlag für moderne Kunst, Nürnberg. Colour edition in English and Hungarian, 336 pages. ISBN 978-3-86984-357-5

Open university lecture series:
Every Tuesday at 6pm between 2 April – 11 June 2013 at the Ludwig Museum.

Further details can be found at the museum's website: www.ludwigmuseum.hu