Adding up to the west. A series of wall installations that can be read as altarpieces. Jungerman's recent work is intrinsically related to Afro-traditions and the western modernist art tradition. 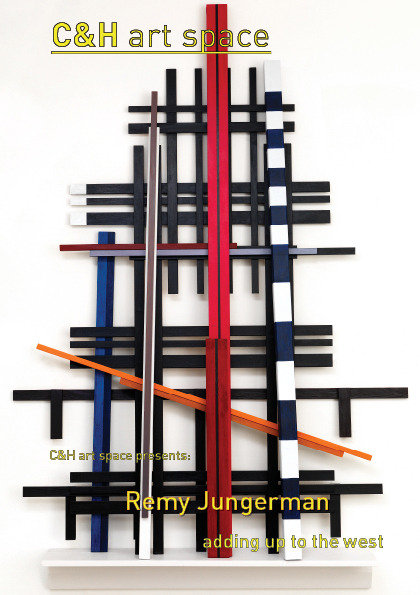 For this solo exhibition Remy Jungerman presents his recent works that consist of a series of wall installations that can be read as altarpieces. Jungerman's recent work is intrinsically related to Afro-traditions and the western modernist art tradition, which embodies his personal relation with the country he was born (Moengo, Suriname) and the country he has been working and living from for the past twenty-odd years.

He has shown a strong fascination for the esthetics and underlying values of Afro-religion and ritual elements of the traditional Maroon culture in Suriname and its Diaspora. At the same time he is fascinated by contemporary western art traditions and forms of communication. Therefore a part of his work also focuses on global citizenship, 'glocal' issues and the effects of globalization on today's society. Traveling around the globe contributed to develop his work: some of the main themes are trans-nationality, belonging and the way knowledge exchanges between cultures.

The main characteristic of the fifteen altarpieces that will be presented during this solo exhibition are geometrical patterns that form an ambiguous relation between time and space. For Jungerman, using these patterns is an important reference to both modernism and traditional Surinamese fabrics, which becomes a significant reference to the foundations of his heritage.

As Jungerman states in a recent interview with the digital Caribbean art-forum Uprising Art: “The grid patterns are connected with the cloth people wear during ancestral rituals in Suriname today. In the early 20th century, the maroons in Suriname were making shoulder cape patchworks with strict geometrical forms.

An advertisement in the New York Times in 1996 reads: ‘If we didn’t tell you it came from the Suriname rainforest you might think it was modern Art’. (Richard and Sally Price). At that time modernism was developing in Europe especially ‘de Stijl’ in The Netherlands with Mondrian, Theo van Doesburg and others.”

Remy Jungerman uses different materials and objects to create collages and installations. During his last period he developed his work towards multimedia elements. He rearranges and combines elements and objects in different contexts to discuss their role and meaning within Western society and to mediate different interpretations.

Remy Jungerman was born in Suriname and has been living in Amsterdam since 1990. He started studying art at the Academy for Higher Arts and Cultural Studies, Paramaribo (Suriname), afterwards moving to Amsterdam he studied at the Gerrit Rietveld Academy. Since his first group exhibition in the Amsterdam Stedelijk Museum, Jungerman has participated in several solo and group exhibitions worldwide. His work has been featured in numerous publications

A book with an introduction of the art critic Rob Perrèe will be presented May 11th by C&H art space to accompany this solo exhibition.