(Dis)playing paper, hours and constellations #3 is the third part of a series of experimental exhibitions and performative exercises. In preparation of the coming edition of the annual artists' magazine SKULPI, the artists develop their dialogue as an open gesture turned towards the visitors. 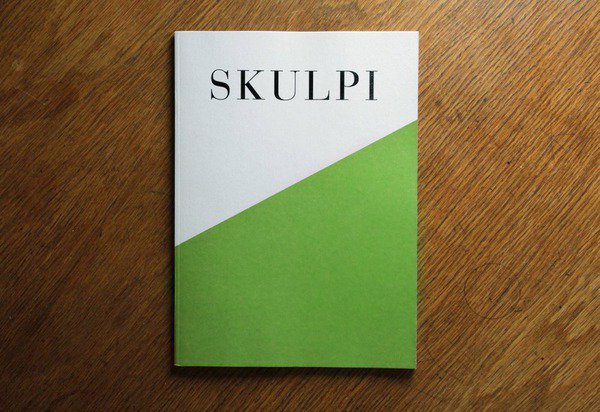 The collaborative project Geschmack posierend by artists Roman Schramm und Paul Sochacki is the third part of a series of experimental exhibitions and performative exercises titled (Dis)playing paper, hours and constellations. In preparation of the coming edition of the annual artists’ magazine SKULPI, Schramm und Sochacki develop their dialogue as an open gesture turned towards the visitors. Geschmack posierend is meant as an invitation to enter the interdisciplinary conversations and varying constellations which SKULPI has emerged from since 2010.

In common authorship with different artists Schramm sets every edition to explore the possibilities of this medium for the formulation and multipros expansion of the position of artistic subjectivity. SKULPI I considers the question of translating sculpture into other media and draws unexpected relationships between opera, voice experiments, magic and investigations about villages, action sculpture and almond paste. SKUKLPI II on the other hand is dedicated to the portrait with and without head as well as thoughts on the liberation of art from its context

The series (Dis)playing paper, hours and constellation is built of different forms of artists’ publishing projects or rather creatively expanded writing and drawing practices. In reference to the idea of a publication as discursive and social space emergent from a mental connection of readers and authors, (Dis)playing paper, hours and constellations paraphrases selected publications and documents as notations for rehearsing temporary communities. Reading documents as scripts, sketches or scores for spatial arrangements of experiments or action motifs, the notational character or „future quality“ of these documents can be interpreted as a navigation for a hypothetic society of individuals, objects, images, sounds and thoughts.