So Much I Want to Say 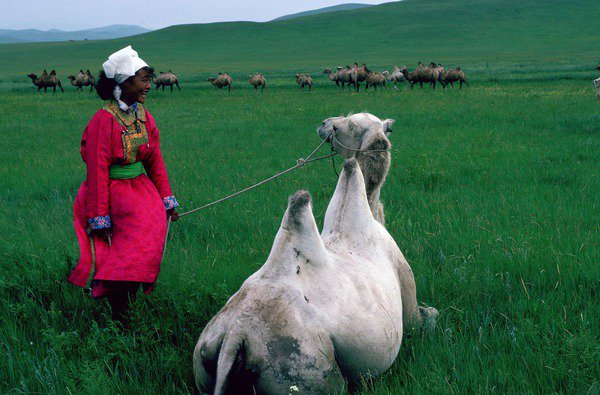 In the 1990s, when Ingvild Goetz began to systematically collect media art, the theoretical foundations for gender studies – now familiar through comparative literature, cultural studies, and related disciplines – were first being established. The works Goetz acquired for her media art collection reflect the keen interest in these issues at the time. Dating from the mid-1970s and later, the films presented in the exhibition reflect the discourse of the feminist movement, particularly feminist film theory.

The title of this fifth presentation of works from the Goetz Collection at Haus der Kunst is borrowed from an early video work by Mona Hatoum (1983) and is based on the material of a performance that was broadcast live via satellite between Vienna and Vancouver. Because of the technical limitations at the time, the close-up image of a woman's face transformed into a new image only every eight seconds. While Hatoum's voice repeats the words "So Much I Want to Say" on the soundtrack, the images depict a woman's face being obscured by men's hands. Hatoum was born in Lebanon and lives in London. In her work, she explores how individuals are socially marginalized and silenced because of their origin and gender.

With her piece "Letters to an Army of Three" (2005), Andrea Bowers addresses a classic 1960s feminist issue – the commitment to legalize abortion. The "Army of Three" consisted of three activists working in the San Francisco Bay area who, from 1964 to 1973, advocated abortion and helped those affected by providing them with a list of physicians. The composition of monochromatic backgrounds, each with different floral arrangements placed on a table, is reminiscent of eighteenth- and nineteenth-century portrait painting. Seated facing the camera, actresses and actors each read one of 31 letters from men and women who describe their plights and ask for help in terminating their pregnancies. Each bouquet is unique and individually designed to represent the spectrum of individual fates. The succession underscores the fact that unwanted pregnancies are not just exceptions sanctioned by the law and society.

Tracey Moffatt's and Rosemarie Trockel's contributions focus on breaking open gender roles. Moffatt is concerned with the diminished representation of women, particularly of women of color, in films. In her video collage "Lip" (1999), produced with Gary Hillberg, she strings together scenes from Hollywood productions. In the role of the attendant the colored women merely have the choice of being either attentive and submissive, or negligent and insubordinate. The video's title refers to the expression "to give lip", i.e. to talk back. The film's pointed editing exposes the inadequate one-dimensional view of the characters.

In "Nice Coloured Girls" (1987), Moffatt exhibits the cinematic techniques employed to represent power relations by reversing gender stereotypes. Her video is a counterpoint to a paradox addressed by film theory: Although women are ubiquitous in movies, they occupy determining roles far less often than do men. In "Nice Coloured Girls", three Australian Aborigine women hook a drunken white man, their "captain". They eat, drink, and amuse themselves at his expense only to steal his wallet in the end and disappear in a taxi. They are the actors who degrade the man to an object. The alternation between subtitles and a male voice from the off corresponds to a change in narrative levels. The speaker represents the position of the male colonizers in the 18th century, whereas the subtitles comment on current events as seen from the perspective of women who rise above gender entrapment, role models and submission.

Rosemarie Trockel's "Fan 1-6" from 2000 examines the veneration cult surrounding Brigitte Bardot. In a series of short scenes that directly or indirectly depict Bardot, Trockel unfolds the contradictions of this figure with subtle humor. While Bardot sings of her desires in the song "Mr. Sun" (1968) – "only you understand how lonely I am" – the camera pans around an old- fashioned Heiliger-brand stove and several women step into the role of Bardot, dramatically made up, as a child-woman, animal rights activist, or seductress. "She has this quality of being a model for everything," says Trockel about Bardot and the seemingly limitless ideas projected onto her persona, who remains unaffected by them.

With its plot structure of heroine, adventure, and homecoming, Ulrike Ottinger's "Johanna d'Arc of Mongolia" (1989) resembles a fairy tale. Four very different women meet on the Trans-Siberian Railway – a Broadway singer, a secondary school teacher, an ethnographer, and a backpacker. Their particular characters are outlined in the interior of the train wagons. After the women are abducted by a Mongolian princess and her female entourage, the action moves outside and becomes a journey on foot and horseback, with the kidnappers through the extraordinary natural beauty of Inner Mongolia. Each woman reacts differently to the unknown: Going on a hunt, living in yurts, witnessing events and rituals. In the wilderness of the steppe and in the communion of the kidnappers, the four women explore their self-image anew – in terms of their careers, sexuality, and spirituality.

Works by female artists constitute nearly half of the pieces in Ingvild Goetz's collection of media art. Significantly, Cheryl Donegan's lustful video "Untitled (Head)" was Goetz's first purchase. She acquired the work in 1993, the year it was created. As a whole, the works in her media art collection represent the key stages of feminist discourse since the 1970s.