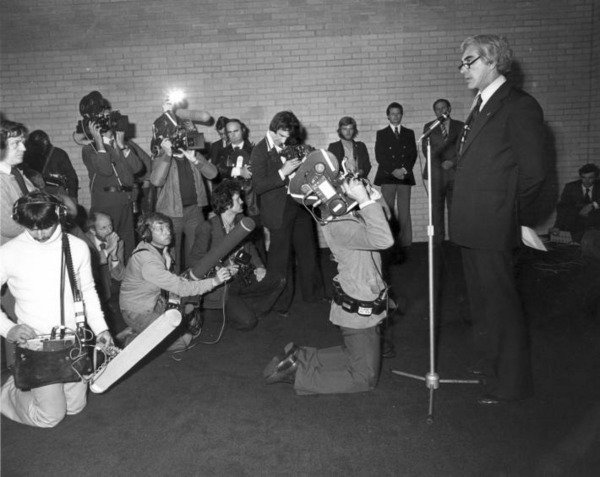 The Scotland + Venice partnership is delighted to announce further details of the 2013 presentation, curated and organised by The Common Guild, Glasgow. The exhibition will feature new work by Corin Sworn, Duncan Campbell and Hayley Tompkins, as a Collateral Event at the 55th International Art Exhibition – la Biennale di Venezia. Working across a range of media, from watercolour to digital video, Scotland + Venice 2013 will showcase three of the most consistently interesting artists working in Scotland today, all of whom studied at The Glasgow School of Art and have earned growing acclaim and attention in recent years.

Scotland + Venice is a partnership between Creative Scotland, British Council Scotland and the National Galleries of Scotland. 2013 will be the sixth Scotland + Venice presentation and marks the 10th anniversary for the project with the first exhibition in 2003 showing the work of Claire Barclay, Jim Lambie and Simon Starling. This presentation builds on the critical success of previous years, which have showcased artists including Turner Prize winners Simon Starling and Martin Boyce, and Scotland + Venice’s track record for presenting artists at key stages of their careers, including 2011’s presentation of Turner Prize nominee Karla Black.

This year’s project will include new work by the three selected artists presented across a suite of rooms in the 15th century Palazzo Pisani (S. Marina), home to Scotland + Venice since 2009. The three artists participating in Scotland + Venice 2013 will present solo exhibitions at The Common Guild in Glasgow during the summer of 2014.

Corin Sworn creates installations that explore the way objects circulate to disseminate stories and create histories. Often combining images with spoken narrative, her work examines the cultural and personal significance attributed to things and how they in turn narrate us as social subjects.

The starting point for Sworn’s work for Scotland + Venice 2013 was a recently re-discovered collection of slides taken by her father during his field work as a social anthropologist in the 1970s. In returning a selection of the images to the Peruvian village where they were taken, Sworn uses the photographs to explore aspects of imaging, memory, place and oral history.Duncan Campbell produces films that look at representations of the people and events at the heart of very particular histories. Combining archive material with his own footage, his work questions the authority, integrity and intentions of the information presented.

For Scotland + Venice 2013, Duncan has taken Chris Marker and Alain Resnais’ 1953 essay film ‘Les Statues meurent aussi’ (Statues also Die) as both source and artefact, to pursue a meditation on the life, death and the value of objects. Duncan includes the film alongside a new work that combines filmed footage, animation and archive footage, in a social and historical examination of cultural imperialism and commodity.

Hayley Tompkins makes painted objects that transform familiar, commonplace things - such as knives, hammers, mobile phones or furniture. Her work articulates the relationship between the form, feel and function of an object.

For Scotland + Venice 2013, Hayley will show new work combining gestural, colour-field paintings on plastic with photographic prints of common phenomena and scenes from nature. Looking at the likenesses between the handmade and the photographic forms, Tompkins seeks to question their appearance, effect and value.

Scotland + Venice is a partnership between Creative Scotland, National Galleries of Scotland and British Council Scotland. Additional support for the new works commissioned for Scotland + Venice 2013 has been provided by Outset Scotland, a new chapter of Outset Contemporary Art Fund, dedicated to the philanthropic support of contemporary art. Further support has been given by British Council, The Hope Scott Trust and Arts Trust Scotland.

Scotland + Venice 2013 will again include an Information Assistants Programme which will promote the professional development of students through training, workshops, mentoring, support and discussion. For the 55th International Art Exhibition – la Biennale di Venezia, the programme will build on the success of previous years by including students from five academic institutions in Scotland; City of Glasgow College, Duncan of Jordanstone, College of Art & Design, University of Dundee, Edinburgh College of Art, University of Edinburgh, The Glasgow School of Art and Gray’s School of Art, Robert Gordon University.

Dr. Simon Groom, Director of the Scottish National Gallery of Modern Art said:
“Showcasing the strength and diversity of Scottish contemporary art on an international stage is vital for sustaining the incredible creativity that currently exists in Scotland. We are delighted to be working with The Common Guild and are confident that the three artists selected will further enhance this excellent reputation that has already been established at la Biennale di Venezia and we look forward to building on this in years to come.”

Katrina Brown, Director, The Common Guild said:
“The Common Guild is pleased and proud to be bringing new works by three such diverse but equally compelling artists to the extra-ordinary arena that is Venice and look forward to introducing their work to audiences at the Palazzo.”Amanda Catto, Portfolio Manager for Visual Arts at Creative Scotland, said: “Scotland + Venice has a ten-year history of promoting new work at la Biennale di Venezia, the world’s most prestigious international showcase for the visual arts. During that time we have built a strong reputation for Scotland as a centre of excellence for culture and the arts.”

“The exhibition that opens in May will be a further opportunity to consolidate that reputation. In staging three solo presentations by Corin, Duncan and Hayley we aim to offer new perspectives on the work that is being produced here, and to consider that within an international context.”

“The Palazzo Pisani is an excellent venue for the exhibition and one that offers the artists a terrific context for their work. We look forward to welcoming visitors from across the world during the 6 months that the exhibition is open.”

Lloyd Anderson, Director, British Council Scotland said:
“British Council Scotland is proud to continue to support Scotland + Venice, a project that has built up an impressive legacy over the past decade. The three artists representing Scotland at the 55th International Art Exhibition – la Biennale di Venezia will showcase the vibrancy and diversity of the visual arts scene in Scotland to a global audience. In addition, the professional development programme gives students the unique opportunity to experience a world class cultural event and widen their professional and intercultural skills, equipping young Scots with the skills they need to succeed on a world stage.”

Fiona Hyslop, Cabinet Secretary for Culture and External Affairs said:
“La Biennale di Venezia is the world’s largest and most prestigious showcase for contemporary visual arts, and the ideal showcase for our nation’s world-renowned creativity. Previous Scotland + Venice presentations have achieved tremendous critical success, and I am sure this year’s programme will further enhance Scotland’s global reputation for producing cutting-edge visual art.”