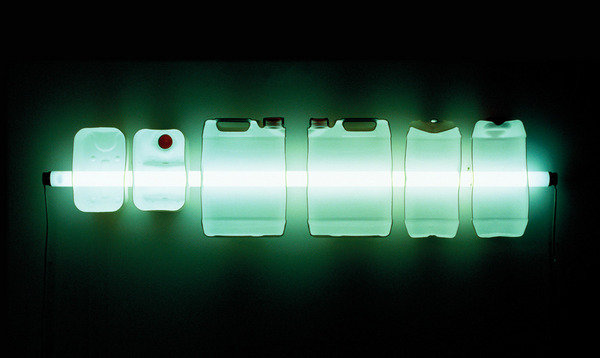 Culbert will show site-specific works for the New Zealand Pavilion at the Istituto Santa Maria della Pietà (La Pietà). The lagoon-facing venue offers five exhibition spaces, including an outdoor courtyard and a spacious corridor where Vivaldi once taught violin. For the first time the main entrance will be on the Riva degli Schiavoni.

"Bill makes marvelous work, constantly re-investigating how light works and revitalising how we think of it,” says New Zealand’s Venice Biennale Commissioner, Jenny Harper. “Venice is a wonderful platform for us to celebrate his individual achievements and to continue to present the richness of this country’s visual arts practice. It will be fascinating to see how he responds to a venue that is both spatially and historically rich.”

Culbert (b. 1935) is a pioneer of the use of electric light in art, making works that harness the qualities of this most intangible of mediums from as early as the 1960s. Over a career that spans almost six decades, he has pushed the frontiers of art through a rigorous, inventive and economic use of materials. Light is both medium and subject matter in his sculptures, installations and photographs, the means of mounting a philosophical enquiry into the art object and its materiality. Culbert's sculptural installations make striking use of found and new materials. From suitcases pierced with fluorescent tubes, to chandeliers of repurposed furniture, through to arrays of reclaimed plastic containers, his artworks illuminate the qualities of common things and their surrounding environments.

Culbert has had more than 100 solo exhibitions since 1960, showing across New Zealand, England, Europe, the United States, and Australia. His work is owned by numerous public and private collections around the globe and can currently be seen in exhibitions at the Château de Servières, Marseilles, France (19 January to 23 February 2013), and in the Hayward Gallery, London’s group exhibition, 'Light Show' (30 January - 28 April 2013). Culbert is based in Provence, France and London, England.

Curator
The curator of New Zealand’s 2013 Venice Biennale exhibition is Justin Paton, senior curator, Christchurch Art Gallery. Paton is one of the country’s foremost curators and an award-winning writer and television presenter on the arts.

Bill Culbert
Culbert started out as a painter, graduating from London's Royal College of Art in 1960 and soon after exhibiting in the UK's most prestigious galleries and museums. Gradually the marks in his canvases became apertures, opening his painting into three dimensionality, and by 1968 Culbert had begun began experimenting with electric light, using shadows, camera obscura, photography and fluorescence as media.
In 2012 Culbert’s work was seen in solo shows at Sue Crockford Gallery, Auckland and Laurent Delaye, London, and in group shows at Roslyn Oxley9 Gallery, Sydney and the Auc|kland Art Gallery Toi o Tamak and a substantial selection of his early paintings and experimental light works appeared in a survey of British and Brazilian Concrete Artists at the Centro Brasileiro Britânico in São Paulo, Brazil. His sculptures can currently be seen in London in the Hayward Gallery's group exhibition, 'Light Show',