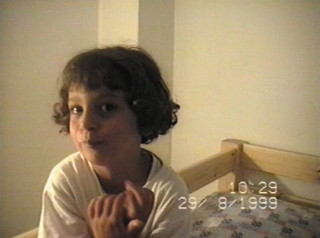 The establishment of the Arteast 2000+ collection does not mean that the MG only started to collect works by foreign artists. By the end of the eighties we had already gathered some 318 works by foreign artists. However, they were not collected systematically, but rather represented donations by artists who had exhibited in the MG. These works were primarily made by artists from the former Yugoslavia, and as such they constitute a special collection, presented at an exhibition in 1990.

The Arteast 2000+ collection is supposed to be the result of a more systematic collection and a clearer concept.

Political changes in the nineties have stimulated a change in the status of the institution itself. After the independence of Slovenia had been declared, the Moderna galerija became the central institution for modern and contemporary art, and one of its goals, besides preserving national heritage with its national collection, was also connecting the cultural space that it represents with other spaces and establishing possibilities for broader communication. In the era of progressive globalisation, national cultures communicate with one another more and more intensively and thus also influence the re-definition of the modernist museum. In this era of major political changes the Moderna galerija wished to establish a collection which would reflect on this situation and would include artists who were active in the artistic spaces that were, due to the political situation, excluded from European art history. The ambition of the collection is not to offer a comprehensive overview of art in Eastern European countries, it is confined to the period from the 1960s to the present day and the selected works are based primarily on a conceptual experience. It aims to transcend the spaces that were until recently isolated, and to establish dialogue as a pre-condition for the ultimate bridging of the division between East and West.

The majority of works from the collection is concentrated on the works of Eastern European artists, who almost all belong to the so called neo avant-garde movement and are almost all representatives of conceptual art. The aesthetic of their work does not follow the maxims of conventional media and continues the legacy of conceptualism developed in the early twentieth century by one of the most important twentieth century artists, Marcel Duchamp. The simplest definition of conceptualism refers to works which give precedence to the artist's idea over the object as such. This definition gave rise to a broad variety of art practices based on new media which developed in the 1960s: performance, video art, installations.... It is, of course, quite well-known that conceptual art everywhere was one of the most radical steps in the critique of modernism. However, its role in Eastern European countries was even more important. Its technological poverty, intellectual purity, ethical dimensions, and at the same time a permanent possibility to break every boundary, gave to the Eastern artists some very significant, flexible, operating tools to form critical discourses towards their Communist regimes.

Besides the above mentioned Eastern European artists the Collection 2000+ also includes some works by Western European artists, such as Anish Kapoor, Cristina Iglesias, Pedro Cabrita Reis, Jean Marc Bustamante, whose works were obtained at the end of the eighties, when the Moderna galerija intensively collaborated with the Western artists. They have been included in our current collection, and they point to the referential international frameworks that we have found attractive for our art scene at certain points in time. Other Western artists, such as Jenny Holzer or Lawrence Weiner, were invited only recently to participate with their works which refer, in one way or another, to the space in which this collection is being made. And not even all Eastern European artists actually come from Eastern Europe: Marina AbramoviÃ¦ and Ilya Kabakov represent a "Diaspora" in the West.

The collection also includes artists, such as Ion Grigorescu and Geta BrÃ£tescu, who were strangers in their own country until the fall of the Ceaucescu's regime, when younger Rumanian artists heard about them for the first time.

The Arteast 2000+ collection is not going to be, as has already been stated, a museum collection in the sense of already established history and it is not going to be a modernist encyclopedia of Eastern European art but a collection in the sense of a laboratory, revealing different contexts in which contemporary art is being created. The collection offers an open plethora of forms, so that its future orientations would easily and correspondingly alter and develop. However, this unique international collection will always bear witness to the significant historical moment in which it was initiated.

The exhibition in our newly acquired, but not yet reconstructed building on Metelkova Ulica, presents the works acquired for our collection during the nineties, as well as the works which we intend to purchase in the coming years. Both the collection and Building no. 22 in the complex of the former Yugoslav Army barracks on Metelkova Ulica strongly reveal themselves as captives of their own time. On the one hand they point to the fact that even the most solid systems - such as the former Yugoslav Army - can crack, and on the other hand they announce the prospect for art, which used to function outside whatever system of art and which sometimes also had to be searched for in cellars and attics, to find its place in the light of a museum whose ambition is a new systematisation of memory.