The first edition features more than 250 of the leading galleries from Asia, Europe, the Americas and the rest of the world, selected by a newly formed Selection Committee. The exhibition includes the highest quality paintings, sculptures, drawings, installations, photographs, video and editioned works from the 20th and 21st centuries, from Asia and the rest of the world. 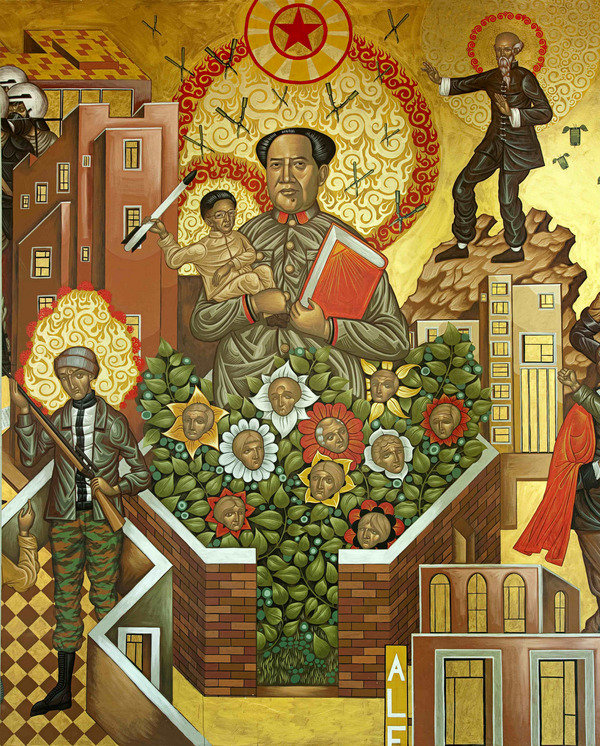 Annette Schönholzer and Marc Spiegler, the directors of Art Basel, announce today details of Art Basel’s future show in Hong Kong. The first edition will take place at the Hong Kong Convention and Exhibition Centre (HKCEC) from Thursday, May 23, to Sunday, May 26, 2013.

The Art Basel show in Asia, lead sponsor Deutsche Bank, will thus replace ART HK in 2013. The new show will present more than 250 of the leading galleries from Asia, Europe, the Americas and the rest of the world, selected by a newly formed Selection Committee. More than 2,000 artists, ranging from young emerging artists to the Modern masters from both Asia and the West, will be represented in the show’s multiple sectors. The exhibition will include the highest quality paintings, sculptures, drawings, installations, photographs, video and editioned works from the 20th and 21st centuries, from Asia and the rest of the world. Gallery applications will open on Monday, June 11, 2012. Full details about the sectors and the Selection Committee will be released then.

Founded in 1970, Art Basel stages the world's premier art shows for Modern and contemporary works in Basel, Switzerland, and Miami Beach, Florida, in the United States. With the addition of the Hong Kong show, Art Basel will be active in three major regions: Asia, Europe and the Americas. While all three shows will feature leading international galleries from around the world, each show will be unique, defined by its host city and region.

Annette Schönholzer, Co-Director, Art Basel, commented:
“We are delighted to be launching a new Art Basel show in Asia. Art Basel has been observing the phenomenal growth in the art scene in Asia for years. This new show aspires to play a central role in creating new bridges between the Western art scene and the rapidly emerging contemporary art scene throughout Asia. We are also delighted that Magnus Renfrew will be Director Asia for Art Basel and to be working with the entire team in Hong Kong. Magnus launched and built ART HK into Asia’s premier art event. He has an invaluable network of contacts, great experience, and a strong reputation across Asia."

Marc Spiegler, Co-Director, Art Basel, added:
“Art Basel’s new Hong Kong show will excellently compliment our established shows in Basel and Miami Beach. Moving forward, each show will offer visitors a unique experience. As is the case in Basel and Miami Beach, the Hong Kong show will draw more than 50 percent of its galleries from its home region – Asia and the entire Eastern hemisphere. Providing Art Basel with strong local partners, Hong Kong’s cultural scene has evolved considerably in recent years: alongside the cultural institutions M+, Asia Society, Asia Art Archive and Para/Site, the gallery scene has expanded rapidly. We look forward to being part of the development of the art scene in Hong Kong and Asia, providing a global platform for its galleries and artists.”

Magnus Renfrew, Director Asia, Art Basel said:
“It has been a privilege to be part of the extraordinary growth of the art scene in Hong Kong and in Asia in the last five years. The launch of Art Basel in Hong Kong heralds a new chapter in this development. I am excited to be working with Marc, Annette and the Art Basel team to create an art show of global stature grounded in Asia.”

About Art Basel
Through its shows and activities, Art Basel supports galleries throughout the year, and is strongly rooted in the principle that galleries play an essential role in the development and promotion of the visual arts. Art Basel was founded in 1970 by Basel gallerists Trudl Bruckner, Balz Hilt and Ernst Beyeler. Their passion for quality soon made the show the most prestigious annual art show worldwide. Art Basel was successfully launched in Miami Beach in 2002, immediately ranking as the premier art show in the Americas. In July 2011, MCH Swiss Exhibition (Basel) Ltd. – the parent company of Art Basel – acquired 60 percent of Asian Art Fairs Limited, which launched ART HK, and has the option of acquiring the remaining 40 percent in 2014.
Art Basel in Switzerland features nearly 300 leading galleries from Europe, North America, Latin America, Asia and Africa. More than 2,500 artists, ranging from great masters of Modern art to the latest generation of emerging stars, are represented in the show’s multiple sectors. The quality and diversity of the artworks exhibited regularly attracts more than 60,000 artists, collectors, gallerists, museum directors, curators, and art enthusiasts. The next Swiss edition of Art Basel takes place from June 14 to June 17, 2012.
Art Basel in Miami Beach, the premier art show in the Americas, presents more than 260 leading galleries from North America, Europe, Latin America, Asia and Africa. Showcasing works by more than 2,000 artists of the 20th and 21st centuries, the eleventh edition in December 2012 will feature an even stronger line up of galleries from the United States and across the world. After attracting a record of 50,000 visitors in 2011, the next edition will take place from December 6 to December 9, 2012.

Deutsche Bank, Lead Sponsor Art Basel in Hong Kong
Deutsche Bank is a leading global investment bank with a substantial private clients franchise. Its businesses are mutually reinforcing. A leader in Germany and Europe, the bank is continuously growing in North America, Asia and key emerging markets. With more than 100,000 employees in 72 countries, Deutsche Bank offers unparalleled financial services throughout the world. The bank competes to be the leading global provider of financial solutions, creating lasting value for its clients, shareholders, people and the communities in which it operates. www.db.com