Works from the mumok Collection. The exhibition features the further development of the collection through selected outstanding works from 1890 to the most recent present. The new second part focuses on art movements that addressed social realities in the 1960s and 1970s, from pop art to nouveau realisme to Vienna actionism. Art from the 1990s to the present is the focus of the third part of this exhibition: works from the mumok media collection that explore the power of photograph and film images. 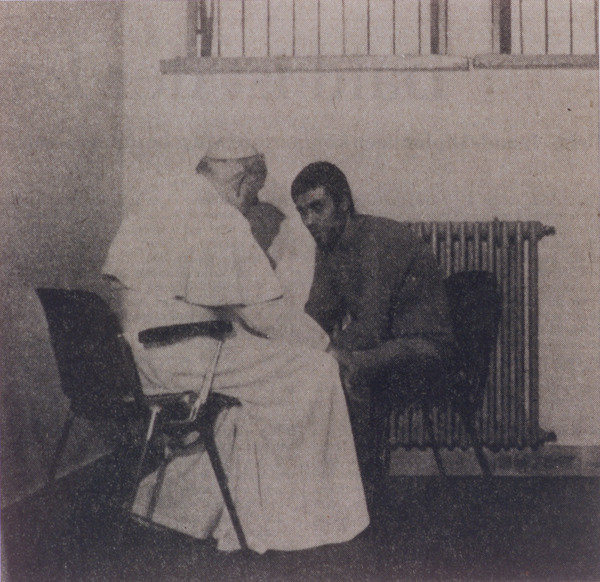 Since February of this year, mumok has been showing highlights from our collection of modernism up to 1945, under the title in progress. Works from the mumok Collection. Beginning on May 22, this tour of art history will be extended up to the present day. On three levels and in three parts, in progress will show the further development of our collection through selected outstanding works from 1890 to the most recent present. The new second part of our collection exhibition will focus on art movements that addressed social realities in the 1960s and 1970s, from pop art to nouveau réalisme to Vienna actionism. Art from the 1990s to the present will be the focus of the third part of this exhibition. Here we will present works from the mumok media collection that will explore the power of photograph and film images over documentary “truths,” processes of memory and history, and notions of cultural singularity.

From Pop Art to Vienna Actionism

The second part of in progress comprises a representative selection of our major historical collections of pop art, Fluxus, nouveau realism, arte povera, and Vienna actionism. The show begins with Francis Bacon’s Man in Blue IV (1954), and thus with a focus on painting, which from here on is positioned between realism and abstraction, and pop art and photorealism, with numerous big names like Gerhard Richter and Robert Motherwell, or Maria Lassnig and Georg Baselitz finding their place here.
In the late 1970s mumok acquired the Hahn and Ludwig collections, and highlights from these include Andy Warhol, Robert Indiana, or Roy Lichtenstein in pop art, and Jean Tinguely, Niki de Saint Phalle, or Daniel Spoerri in nouveau réalisme. Alongside Tinguely’s rarely seen but greatly loved work Méta-Harmonie (1978) and Saint Phalle’s Tea Party, ou le thé chez Angelina (1971), this section also includes old favorites like Jasper Johns’s famous Target (1967–1969) and Andy Warhol’s Orange Car Crash (1963).

The influence that Marcel Duchamp and John Cage had on following generations is shown in works after 1960. Robert Rauschenberg, Friedrich Kiesler, and Robert Filliou all took their example in key ways from Duchamp, while John Cage was admired by artists like Mark Tobey, Nam June Paik, and Cy Twombly, to whom Dan Flavin’s work untitled (to Cy Twombly) (1972), which was purchased in 2012 by the Austrian Ludwig Foundation, is dedicated.
And finally, this exhibition highlights one of Austria’s most significant and radical contributions to the international avant-garde: Vienna actionism. These works, contextualized by examples by Gina Pane and VALIE EXPORT, stand for a broad trend toward new bodily forms of art in the 1960s and 1970s, like happenings and performance.
As a supplement, two islands within the exhibition present little known graphic works by Bruno Gironcoli, Dieter Roth, Joseph Beuys, and others to a broad audience.

From Documentary to Fictional Truth

The third part of our new presentation shows major works from the mumok media collection. Pop art, Fluxus, and nouveau réalisme can be seen as having turned their attention toward everyday realities, and this recurs in the most recent works of our show in progress in the form of the question as to the meaning of media images for the documentation and fictionalization of our present and its history. The historical starting point for this is Bernd and Hilla Becher’s photography of industrial monuments captured with the highest possible degree of neutrality, whose apparently objective character soon became questionable for artists from later generations. In the early 1990s, for example, US artist Christopher Williams emphasized the significance of viewpoint, light, and historical perspective for the photographic perception of what seems to be a neutral industrial monument in his seven-part encirclement of a Swiss dam—to which filmmaker Jean Luc Godard had already devoted his first film in 1954. With its very filmic qualities, Grande Dixence, Val de Dix, Switzerland, August 2, 1993 also indicates transitions and transfers in contemporary art, where photography approximates the moving image or film comes close to sculpture, as in a new addition to our collection, Untitled (2009) by Nadim Vardag, or Florian Pumhösl’s Entwurf für einen Raum mit mehr als einer Video- projektion (design for a room with more than one video projection) (2001). This installation by the Austrian artist is also embedded in a thematic group of works by artists including Andrea Fraser, David Goldblatt, and Lisl Ponger, who share an interest in phenomena of globalization, migration, colonialism, and urbanism. While Pumhösl presents a selective city portrait of Uganda’s capital Kampala, drawing out the city’s modernist foundations, South African artist David Goldblatt looks at the cultural fault lines and the history of his country marked by years under apartheid. In an 82-part photo work, White People in West Africa (1989–1993), Andrea Fraser portrays patterns of behavior of white tourists from western countries, while in Wild Places (2000) Lisl Ponger questions the role of the artist in respect to western appropriation of other cultures and the associated desire for authentic physical presence.
From here, works by Omer Fast and Atlas Group (around their “mastermind” Walid Raad) lead us back to the question of the influence of media images on collective memory and the formation of history. In his video installation The Casting (2007), Omer Fast looks at various forms of fictionalization and the media staging of private and political events. With similar aims, and in one hundred images, Atlas Group addresses the theme of religiously motivated car-bomb attacks in the Middle East. Using fictional material strategically, My Neck Is Thinner Than A Hair: Engines (2000/2003) undermines the authority and authenticity of contemporary historiography. In this exhibition on three levels of the museum, visitors can review the collecting history of the mumok, from first purchases by Werner Hofmann, to significant expansion of the collection with the Ludwig and Hahn gifts, to our most recent focus on new media.

We would like to thank our partner, Dorotheum as well as our media partners Der Standard, Ö1, and wienlive.