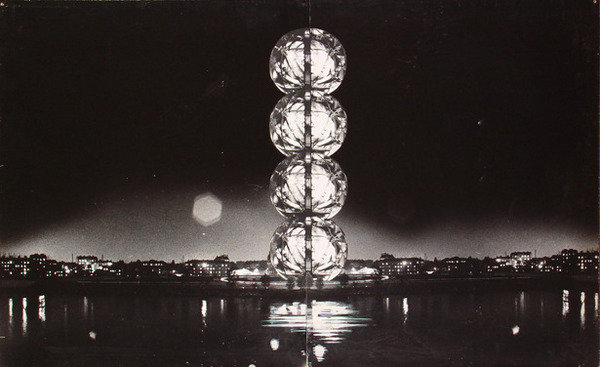 A city is never finished, they say. The making of a city is always connected to a futuristic approach. The metropolis we envision won’t perhaps be the one we are to inhabit. The planned future of the city implicates all aspects of dwelling, encounters, politics, leisure and access to knowledge. The Alternativa 2013 curators have taken on the urgent subject of city planning and its ideologies as well as the everyday tactics of dwelling and inhabitation in it. Locating curatorial practice in the heart of the Gdansk Shipyard, Alternativa 2013 is both a result of research as much as a matter of concern for us.

The additional material for the show has been provided by Steven Spielberg Film and Video Archive at the United States Holocaust Memorial Museum, Urban Planning Department of the Technical University of Gdansk, FRAG as well as Kuba Morkowski Studio among others.

Taking Gdansk as a point of departure, Till Tomorrow! approaches the subject of city planning as an ideological one. Since the XIX century’s defortification of Gdansk it has been the subject of several demolitions for both political and economical causes, realized and unrealized modernization plans, which have mirrored the often-turbulent political shifts. This very particular case study is thus an opportunity to begin a broader debate on the question: What does it means to change a city? And what does the city itself mean? How do the reconstruction of the city, its representation and the traces of history, like so much composite palimpsest, influence that meaning? How can it be changed today? What is our, the inhabitants, everyday approach to living in the city?

Here the inquiry towards the city as both public and historic responsibility, as well as the pragmatics of dwelling, becomes a centre of gravity. Today, on a global scale and in shifting intervals, serious modification of cities, linked to the movement of capital, migration, and the redefinition of the idea and location of labour are fundamentally changing our functional understanding of the city. Cities are being strategically re-planned and rebuilt, while at the same time, the dwellers customise their immediate surroundings, reclaiming the city for themselves.

This is also the subject of Gdansk and the new city quarter dubbed the Young City to be built in the Gdansk Shipyard. Thus the exhibition titled Till tomorrow! Ideologies of city planning and the tactics of dwelling is a show with a view of the Nowa Wałowa Street (New Wall) Street being built. Here we will look at the new city centre in construction while insightfully exploring today’s practices and the historic utopias of city planning.

Alternativa is a recurring art exhibition that has been organized since 2010 by the Wyspa Institute of Art/Wyspa Progress Foundation in the 90B Hall of the Gdansk Shipyard. It is an inquiry into timely topics implicated within the location of practice. Following the 2010–2012 pilot program of the Alternativa International Visual Arts Festival, the project is now continuing and in 2013 was set up by the following team: Aneta Szylak (artistic director), Solvita Krese (curator), Jacek Friedrich (academic advisor), Maks Bochenek (curator and general producer) and Hubert Bilewicz (curator of educational program).

Alternativa 2013 is conceived and produced by the Wyspa Institute of Art/Wyspa Progress Foundation in collaboration with the City of Gdansk with additional funds provided by the Ministry of Culture and National Heritage of the Republic of Poland and the Austrian Cultural Forum in Warsaw. The special project by Mirosław Bałka is taking place in the framework of “Materiality,” a two-year European project that is being developed in collaboration between Wyspa Institute of Art, Vessel in Bari, Polytechnico in Tomar and Kibla in Maribor.